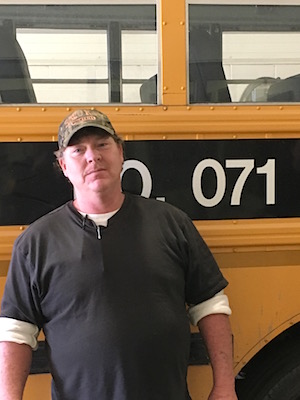 “…Yesterday evening, one of our bus drivers, Mr. Larry Whitt, made some quick decisions that helped keep our students out of harm’s way.

We are very thankful to Mr. Whitt, and to all our bus drivers, that take care of our kids on a daily basis. I also appreciate Personnel Director, Mr. Vernon Hall, and Transportation Director, Mr. Rick Blackburn as well as the law enforcement and emergency management personnel that took care of our students during the incident yesterday.” 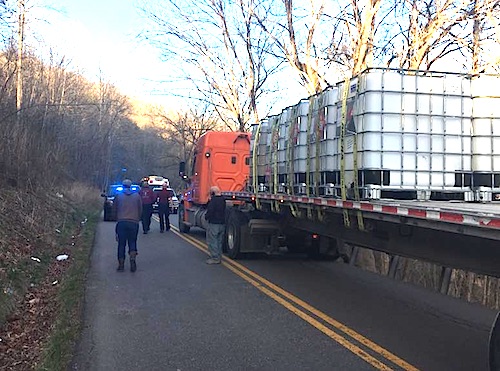 For the second time in just over a week, there was a crash involving a school bus in Lawrence County.

Once all the emergency agencies arrived, they discovered that both the school bus and the tractor-trailer had collided their rear ends of both vehicles, receiving minor damages, and that after the scraping collision, the Lawrence County school bus ended up in a roadside ditch.

After EMS checked out everyone on the school bus and tractor trailer driver, it was determined no one was hurt in the wreck.

Parents of some of the students picked up their kids from the crash scene, and the rest of the children from the ditched bus were transferred to another school bus. 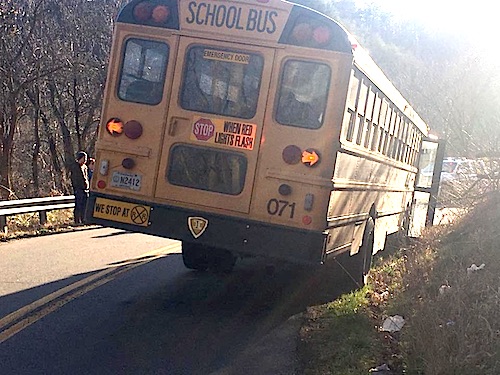 The students all then said that had it not been for the extremely quick actions of the bus driver in the last second or two, the school would have definitely been hit in a head on collision with the tractor trailer, a fate that was avoided when the school bus driver swerved away from the oncoming big rig vehicle.  No injuries occurred as well in what could have been a catastrophic tragedy for our local region was averted.