POLICE POLICIES TO BE ‘REVIEWED’ BY COUNCIL, ADAMS SAYS 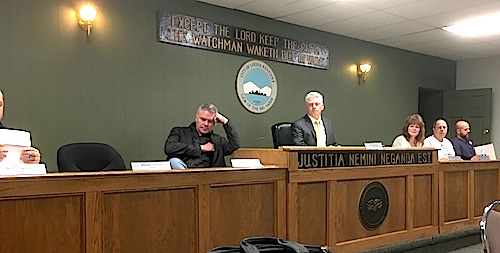 The meeting was called to order after the pledge and opening prayer. The minutes from the meetings January 10, January 23, January 24 and February 7, 2017 were approved with individual motions, seconds and approval from the council.

‘The Levisa Lane project’ was updated by Eldred Adams, City Attorney. Levisa Lane is a double row of higher scale homes sold by a Jim Booth/Carolea Mills project five or more years ago. The access to the subdivision is marred by a ten foot tall railroad crossing. 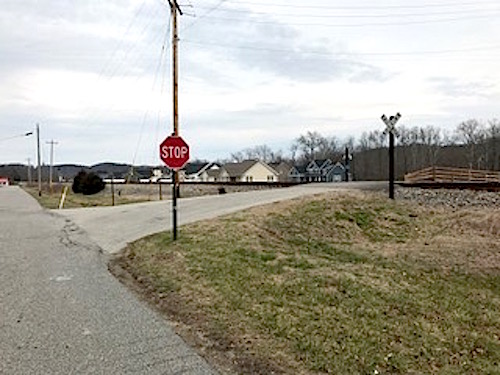 “The railroad crossing is the major issue,” Adams said. “CSX is waiting on a response by the state.”

The crossing would be a shared expense between the city and the state, Adams said.

“If we take this in we would have to widen the crossing so a car would not get hung up on the tracks.” Adams also represents or has represented CSX.

There was no mention of the amount city taxpayers would have to pay for the rail relocation.

“Nothing would be done unless it was a city street,” Mayor Harold Slone said. “The road is in good shape but it goes from 2 lanes to a 1 lane at the area of the crossing.”

The council was asked to look at whether the street should be a part of the city street system but no decision was made.

City Council members appeared to be in favor of the idea that could be accomplished after the crossing was fixed, but not before.

After the discussion the topic was tabled until the next meeting.

Jim Bryant of Wells and Co. Accounting, Inc. gave the committee the report on the City of Louisa’s financial state.

“The city is in a positive situation, No surprises were in the audit. The city of Louisa is in a fairly good financial status. For the Year ending June 30, 2016, total revenue of $ 1,490,301 and expenses of 1,504,611 but surplus equipment sold , the city has a positive fund balance at the end of the audit.”

Motion by Tom Parsons, second by John Nolan, all in agreement to approve the second reading of the amendment to Ordinance 2017-01 “Compensation of City Employees Pursuant to KRS 83A.070”

Motion by David McKenzie, second by Mitch Castle and all in agreement to approve the second reading of amendment to Ordinance 2017-02 ” An Ordinance Adopting the Annual Budget for the Fiscal year July 1, 2017 through June 30, 2018 for City of Louisa

Motion by John Nolan, second by Tom Parsons to approve the second reading of the amendment to Ordinance 2017-03, “Compensation of Louisa Water and Sewer Department Pursuant to KRS 83A.070.

The committee then went into executive session to discuss potential litigation and personnel issues.

After the executive session, Bud Adams stated ” personnel policies for the police department will be reviewed.”

In a special meeting last week Adams and the council also went into executive session to discuss a ‘personnel matter’ which turned out to be whether an officer will be allowed to escape a three year contract with the city with six months to go in order to accept a job at the federal prison in Martin County.

Council has apparently now decided to review their decision to not change policies to fit the needs of the officer.