Lawrence County has been famous for quite sometime for our plethora of talented musicians. Hence the Country Music Highway (Route 23) and now Colonel “Zach” Wright is making his way at an early age. Zack has been blowing up our Facebooks for some time now with his talent in singing and playing the banjo, now he’s taken a step closer to fame by the introduction of his first CD, a self named CD that was released on the 3rd of February. 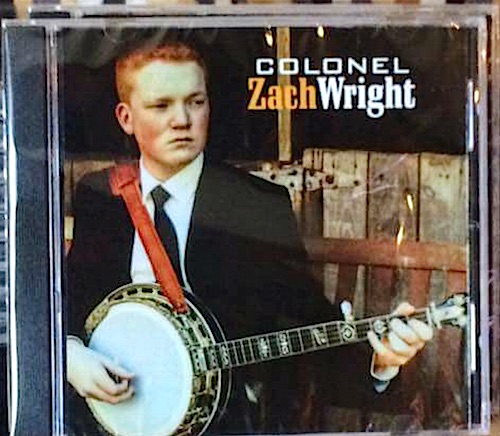 The 15 year old son of Martin and Michelle Wright began playing banjo at the early age of 9, by the age of 10 he was singing and keeping up with the older folks who lived near him. It became a normal gathering to get together with his neighbors and play music. While most of our teenage kids are blaring New Age music such as pop and rap, Zach took to a genre that isn’t as popular among his age group. When I ask why he chose Bluegrass, he replied that he grew up with it all around him. “When riding in the car with my mom, I would cry and she quickly learned how to soothe me. She played Ralph Stanley, and I would stop!”

His hero is Dr. Ralph Stanley, and it shows in song selection for his CD.

When I ask what prompted him to make this CD at the age of 15, he replied, “If I’m ever to make one, I better get on it now. The sooner the better!” There’s no doubt he has been surrounded by the best teachers by sharing the stage with Bluegrass names such as Ralph Stanley, Jr., The late Melvin Goins, Sammy Adkins, Danny Davis, John Rigsby, Larry Sparks and many more of Bluegrass’s finest. 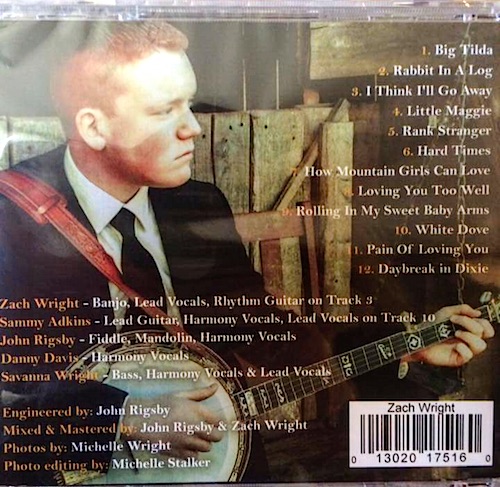 If you aren’t already impressed with this amazingly talented young man, music isn’t his only dream and ambition. He’s decided at around the age of 21, he’ll semi retire the banjo to pursue another career, he wants to go to a local college, join the police academy and become a police officer.

When asked about how it must feel to make his own CD and to have accomplished so much at the age of 15, he responded, “It’s an honor to my own CD, and I hope it does well and there’s many more to come! I have to thank First my Lord and Savior Jesus Christ for this talent and opportunity. I want to thank my family for all they do to help make this happen, and all of the musicians that paved the way and lent a helping hand. I also want to thank my fans for all of the encouragement.

Zach also has a sister, Savanna, with an amazing talent of her own, and she sings with him on the CD. Together, they are a bluegrass force that no doubt will go far.