OVER 535 ARRESTED SINCE JANUARY 1; BSRDC ‘BURSTING AT SEAMS’ 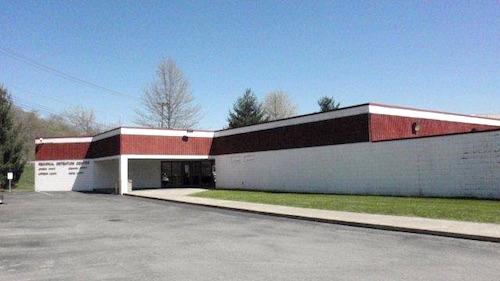 The record warm weather this winter has led to law enforcement in the counties of the Big Sandy Region to going on overdrive, with police agencies arrests at an extremely high level in the month and a half of 2017, even more so especially so far in February.

And all of this extra action finally caught this weekend, as the heavier than normal number of arrests by our local counties that use the Big Sandy Regional Detention Center in Paintsville to incarcerate those arrested individuals caused the jail to be “filled to the gills”, with the BSRDC during over this weekend to have a record number of inmates being housed before they could bond out.

From the start of January 1 thru February 11, 2017, just a little over 535 individuals were brought to the BSRDC after they were in the four main counties (Lawrence, Johnson, Magoffin, and Martin), along a few nearby counties (Elliot, Morgan, Wolfe, Floyd), that occasionally use the BSRDC for they have no jails and have room available in any neighboring county jails.

And the arrest numbers in the local region have now accelerated into February.

There were 366 individual arrests brought to be booked to the Big Sandy Regional Detention Center in the 31 days of January 2017.

In the first 11 days of February 2017, 170 individual arrests were booked at the Big Sandy Regional Detention Center.

Out of the 535+ individuals brought in to the Big Sandy Regional Detention Center so far in 2017, 93 were from Lawrence County. 67 were in January. There have been 26 arrests in Lawrence County so far in February, with 18 of those arrests just since February 9.

The high number of arrests have caused a rising inmate count in recent days, reaching an apex this weekend at the BSRDC as the jail reached a record number of arrested individuals being detained at the jail.

The Big Sandy Regional Detention Center was designed to house a maximum inmate capacity of 225 individuals, and on average holds around 200 to 210 inmates on any given day; but just before midnight Saturday night/Sunday morning February 11, the jail was holding a total of 261 inmates. (That number went down to around 250 inmates Sunday as some of the recent arrested were able to bond out).

It appears this trend of large number of arrests will likely continue for the foreseeable future, as weather forecasts for the next 10 days is for warmer and dryer than normal winter conditions to continue, especially next weekend (President’s Day weekend) as it is reported that temperatures will be even warmer than they were this weekend, with temperatures to be from 70 to 75 degrees, with no rain expected until almost the middle of next week.