Dalton goes for 60 in win over Greenup Co. 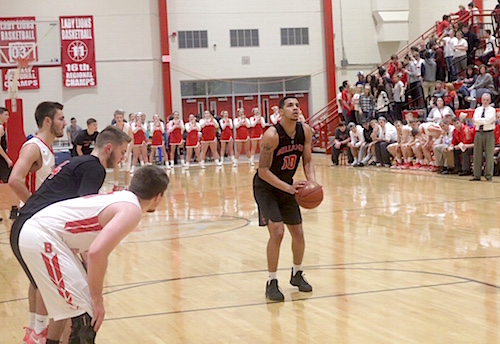 Summit, Ky. —  With his 24th point scored in the third quarter Lawrence Co. senior Tim Dalton joined the 3,000 point club in a 100-71 loss to Boyd Co. ( 20-5 ) on Senior night at Boyd Co. Middle Thursday night. Dalton finished with 39 points and 10 rebounds he also surpassed the 1,000 mark for rebounds for his career in the same game. 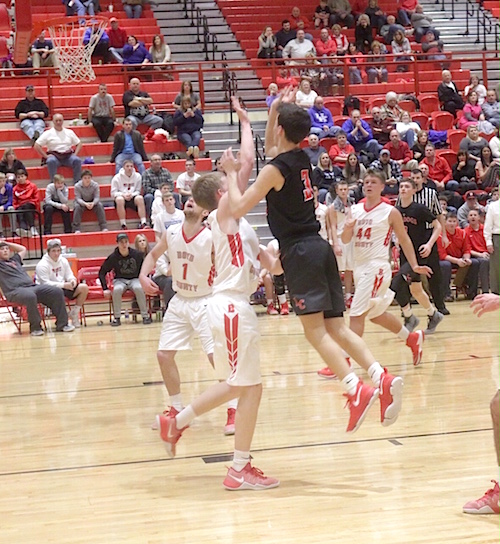 On Monday in an absolute barnburner is was visiting Lawrence Co. ( 18-10 ) outlasting Greenup Co. ( 18-8 ) in one of the highest scoring games in state history 106-103. Tim Dalton secured another triple double going for a school record 60 points, 15 rebounds and 10 assists and also surpassing 1,000 points for the season.

Lawrence Co. fell behind 31-23 after Greenup Co. started out hot from the outside. LC battled back to trail only 51-50 at halftime in the high scoring affair. In the third period the Musketeers added to their lead by outscoring the Bulldogs by four points. The Dawgs turned things around in the final period winning the quarter by eight points and the game by three.

The Dawgs had three in double figures with Dalton leading the way with 60, Trey Dotson tallied 20 points, Jared Wellman had 17 markers, Tyler Maynard chipped in with 7 and Cameron Maynard had 2 points.

Dalton is in serious Kentucky Mr. Basketball contention, he is leading the Nation in scoring at 38.5 ppg, also averaging 11 rebounds and 6.5 assists per context. He has scored 1,078 points this season, 3,015 for his career and over 1,000 rebounds as well.

“… Boyd Co. manhandled us tonight, they are really experienced and run their stuff to perfection, also very well coached by Randy Anderson, they shot lights out and when they missed, they were more physical getting to rebounds and really pushed us around tonight.”

“Really proud of the effort Monday night on the road, we matched a good Greenup Co. team shot for shot and came away with the victory..” We have a couple games left to prepare us for the tournament and hopefully we are ready.”