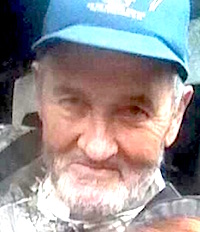 John was born September 10, 1938 in Lawrence County Kentucky a son of the late James Dewey Mason and Effie Nolan Prince.

In addition to his parents he was preceded in death by his son John Edward Prince; a sister, Freda Howell; three brothers, William Herbert Prince, James Milton Prince and Manley Clinton Prince.

A graveside service will be conducted 1:00 pm Thursday at the Prince Cemetery, Adams, Ky.