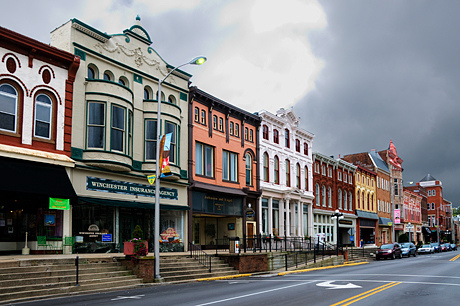 TUESDAY, FEBRUARY 07, 2017 — Rural experts say the long-term trends hurting small towns—urbanization, globalization and mechanization—won’t change much under President Trump, Brian Mann reports for NPR. Trump won by big margins in many rural areas, largely because of his promise to revitalize them.

Experts say “taking a tougher line with China or Mexico likely won’t cause a surge of new manufacturing in small towns,” Mann writes. Chuck Fluharty, who heads the Rural Policy Research Institute, told Mann, “About 65 to 80 percent of the manufacturing losses in our country are directly related to automation and technology,” and those kinds of job cuts “can’t be reversed by tariffs or trade deals.” Mann writes, “What rural America needs is an investment in what he describes as human capital, health care and education. He also says small towns need to open their doors to immigrants.” He told Mann, “The rural regions that will thrive in the future are the ones where that diversity is strongly expressed.”

Mann writes, “But efforts to create any kind of path to citizenship for undocumented families living in rural America seem unlikely to move forward. Rural economists say the new administration could boost some regions in the short term with big investments in infrastructure, roads and bridges. Parts of the country could also see a boom from increased oil or gas production.”

One problem is migration, with large numbers of young people leaving rural areas for metros, Mann writes. Dave Swenson, a rural policy expert who studies rural counties for the state of Iowa—where two-thirds of counties have seen population declines—said the people left behind feel angry and humiliated. He told Mann, “What’s left out in many of these places are the people that were unable to migrate, people who were unable to find new occupations or re-educate themselves into new trades.”

KESSINGER AND HALL MOVE ON TO STATE ACADEMIC COMPETITION