DAWGS HONOR DALTON AND MAYNARD IN WIN ON SENIOR NIGHT 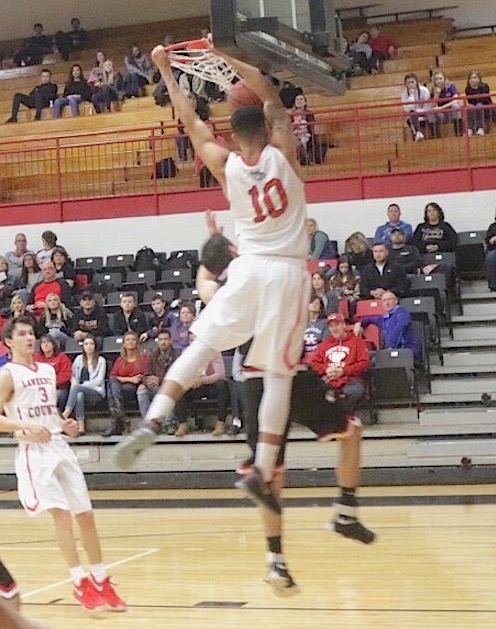 Dalton finished with 30 points, 10 rebounds and 6 assists. Fellow Senior Cameron Maynard tallied 6 points and 4 rebounds as both were honored before the game. 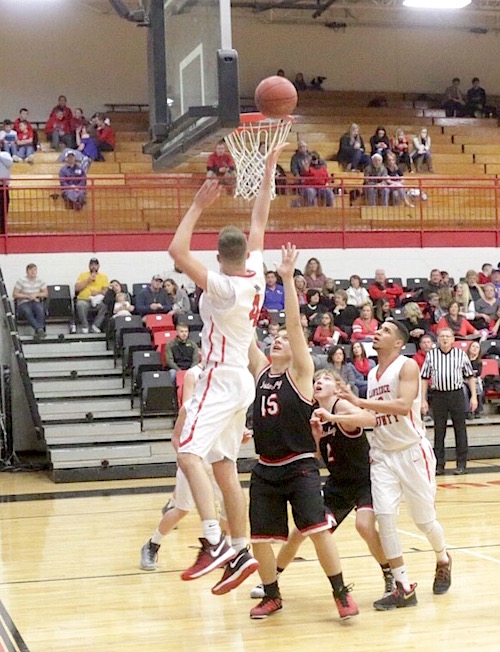 The Dawgs raced out to a 19-10 lead after one quarter and then outscored the Blackcats 18-12 in the 2nd period to take a 15 point halftime lead. Prestonsburg would fight back with the three point shot and got within four points before the Bulldogs put it away in the final period to get the home victory.

Tyler Maynard and Jared Wellman hit for double figures in scoring for the Dawgs with 13 and 10 points respectively. Trey Dotson chipped in with 5 and Chase Sartin hit a three pointer for his points. LC hit 6 three pointers and went 11-17 from the line.

Lawrence Co. will be on the road for both games this week first at Greenup Co. tonight and then travel to Boyd Co. on Thursday night both games tipoff at 7:30. 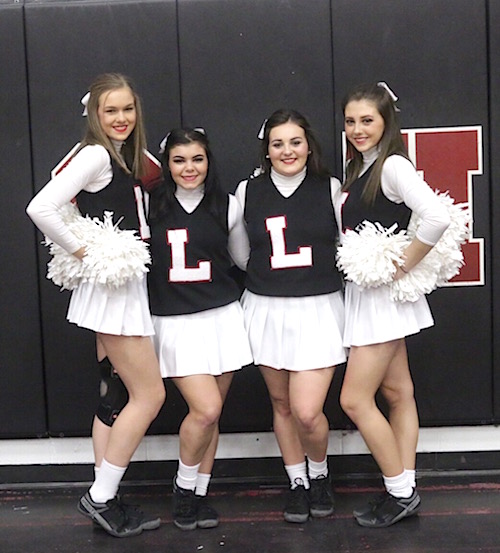 The 2017 Lawrence Co. Senior Cheerleaders were also honored before the game on Saturday night.

“… Pretty obvious that teams are going to shoot three pointers against us.

…Had a hard time keeping them in front of us and then they would kick it out for an open shot. We tried three or four different defenses.

…Missing Alex Gilliam hurts us on that side of the ball.

…They really tried to slow down on us —  that is their main objective and it kept it close in the third quarter.

…Really proud of Cameron Maynard and his work ethic, he has really worked hard in the weight room, been in the gym a ton, I wish I had another year with him, he is a young senior. He has been a pleasure to be around such a great kid.

…To describe what Timmy Dalton is doing on the basketball court, night in and night out we don’t have enough time to talk about it. Special is the best way to describe him, I don’t think the state of Kentucky has seen anything like this in a very long time. Not just scoring but rebounding, assists, leadership and getting other players involved it is truly amazing. He is getting some Mr. Basketball talk out of Lexington and Louisville which is well deserved.”