Westwood, Ky. — The Louisa Middle basketball team finished up regular season play on Thursday night by going three for three at Fairview. The 8th Grade team won three in a row to end regular season play. The 7th Grade ended on a two game winning streak and the 6th Grade won their final game of the season. 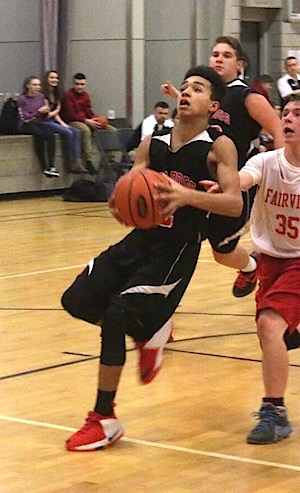 The Dawgs avenged an earlier defeat vs the Eagles to win a hard fought road victory. Trenton Adkins poured in 17 points and was backed by 14 points from Bryce Blevins, Mason Preston and Brody Diamond had 8 points each and Zach Holt finished with 3 points. 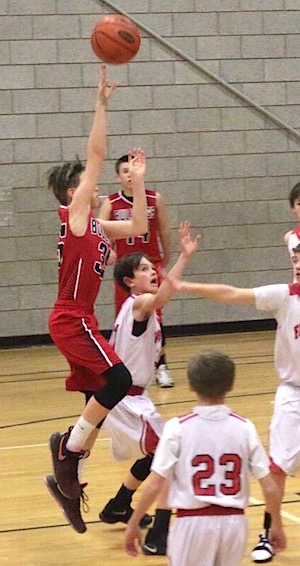 Lawson Baisden had 12 points to lead the way for the Dawgs to finish out the season on a high note. Ford Scaggs had 6 points, Jake Derifield tallied 5 points, Dylan Ferguson chipped in with 3 points, Ethan Burgess, Dylan Whitt, and JD Montgomery had 2 points each.

The 6th Grade team under the direction of Darrell Hopson went 5-9 during the season but doesn’t move on to the OVC tournament because the 6th Grade doesn’t offer it.

On Monday the Bulldogs made the long trip to the other end of 23 and came away with the road win. Andrew Tackett tallied 14 points, Baden Gillispie finished with 11 points, Danny Hall just missed double figures with 9 points, Bryce Blevins had 5 points, Kyle Davis chipped in with 4 and Brock Kessinger had 2.

The 8th Grade team ended up 7-7 to end the regular season under Matt Maynard and will start OVC tournament play Saturday afternoon at 12:30 vs East Carter.

Bryce Blevins had 18 points to lead three Dawgs in double figures. Mason Preston and Brody Diamond had 12 and 10 points respectively, Trenton Adkins and Micheal Horn had 4 points each, SJ Lycans, Adam Scaggs, and Joey Moore had 2 points each.

OVC tournament will be played at Ashland Middle School.