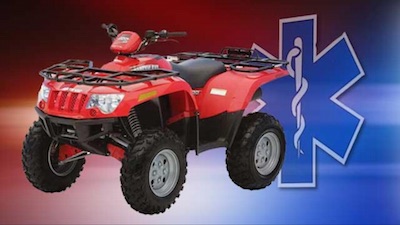 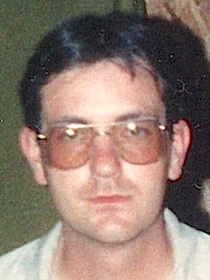 According to Chief Deputy Mark Wheeler of the Lawrence County Sheriff’s Department, John Prince, 53, of Louisa, died in the accident.

Once emergency units arrived at accident site, they immediately gave the dispatcher a call for an air ambulance for a transport flight for Prince to a Huntington, West Virginia trauma center.

Air Evac Lifeteam 118 air ambulance helicopter out of West Liberty, Kentucky in Morgan County was dispatched and flew to the helipad landing zone at Three Rivers Medical center in Louisa.

Netcare Ambulance transported John Prince, and he was taken to Three Rivers Medical to be placed on the ambulance helicopter. Prince was flown to a trauma center in Huntington, West Virginia where he succumbed to his injuries and passed away early Thursday evening.

Deputy Wheeler stated Prince was operating his ATV on Maynard Branch Road Wednesday night when he ran off the road, hit an embankment and overturned back onto the road.

Alcohol is believed to have been involved in the accident.

Prince was alone at the time of the accident.

County 911 received a call of an atv accident on Maynard Branch Road
involving a male subject. Upon investigation it was learned that John Prince,
53, of Louisa was operating an atv when he went off the left side of the
roadway and ran upon the embankment. This caused the atv to overturn in
the roadway ejecting him causing severe injury to Mr. Prince. Upon
arrival the Cherryville Fire Department and Netcare ambulance requested a
helicopter transport for Prince who was transported to TRMC by
Netcare where he was transferred to the helicopter and flown to Cabell
Huntington Hospital where he passed away from his injuries on February 2,
2017. Alcohol is believed to have been a contributing factor. The accident
is under investigation by Deputy Dwayne Bowen with the Lawrence County
Sheriff’s Office.