Louisa, Ky. — Timmy Dalton scored 48 points but it wasn’t enough to overcome a slow start by Lawrence Co. ( 16-9 ) as they fell 69-66 to visiting Paintsville ( 7-13 ) as the Tigers snapped a eight game losing streak on Tuesday night at the Dawg House. 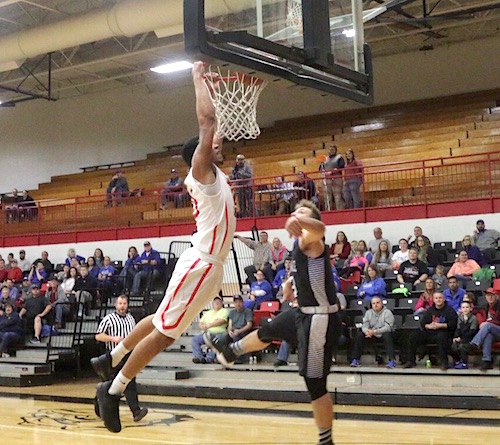 Paintsville hit five 3’s in the first quarter and jumped all over Lawrence Co. 24-14 after one quarter. The Bulldogs finally came to life in the second quarter to take a 39-37 lead into intermission.

It was a low scoring third period as the Bulldogs only scored 13 points to gain their biggest lead of the night at 52-47 heading to the final stanza.

The Dawgs never could separate from the young Tigers in the fourth quarter as Paintsville hung around all game long and hit big free throws down the stretch to get the road victory and snap the Bulldogs three game winning streak.

LC finished 16-21 from the line and hit 2 three pointers.

The Dawgs took care of business at home in a 60th district game as Timmy Dalton tallied 35 points and 8th Grader Jared Wellman scored a career high 33 points to lead the Bulldogs. Trey Dotson scored 4 points and Tyler Maynard chipped in with 2 points.

The Dawgs made the long trip to Phelps and came away with another 60th District win to finish 5-1 in District play this season. Jared Wellman scored 25 points and Timmy Dalton picked up another triple double with 16 points, 17 assists and 10 rebounds. Dalton tied LCHS softball coach Kenny Horn (1987) for most assists in a game with 17. Tyler Maynard tallied 19 points, Trey Dotson finished with 9 points and Cameron Maynard chipped in 8 points. 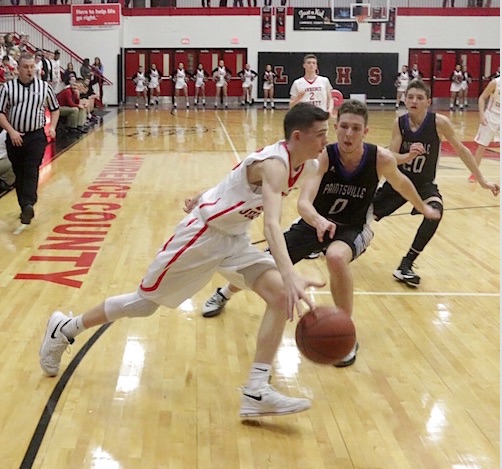 Also of note Lawrence Co. 8th Grader Jared Wellman was named Hutch Chevrolet player of the week for last week. First time in five years giving out the award that a middle schooler has been named. Wellman had 89 points, 17 assists, 22 rebounds in four games last week as the Bulldogs went 3-1.

“… Got off to another slow start against Paintsville just like last time. Got back into the game and just couldn’t get any separation from the young Tigers.” Played well vs Pike Central and Phelps to close out District play last week.” We are in the stretch run right now and have to keep getting better each day and get ready for postseason play.”