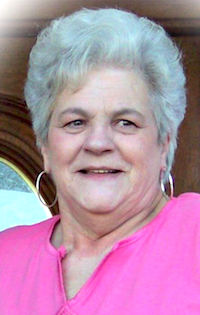 Norma Jean Bellomy, 74, of Route 707 Catlettsburg, KY passed away on Monday January 30, 2017 at her home following a sudden illness.

Norma was born May 26, 1942 in Louisa, KY the daughter of the late Charlie and Adamae Wooten Johnson. In addition to her parents she is preceded in death by her husband Billy Joe Bellomy who died in 2001, a sister Carol Shortridge, and brothers Billy Ray Johnson, Charles Johnson, and Johnny Johnson. She was a retired Agri General Manager.

Funeral services will be held on Friday Feb. 3 at 11:00 am at the Wilson Funeral Home. Burial will follow in the Ogle Cemetery on Highway 707 Catlettsburg, KY.

Friends may visit the family on Thursday from 5:00 pm to 9:00 pm at the Wilson Funeral Home.