‘Ours is a nation of second chances’ Bevins says 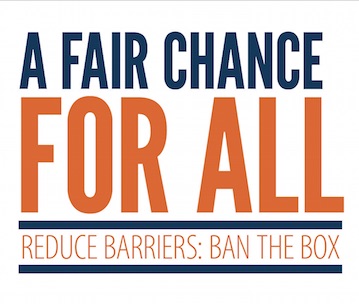 FRANKFORT – (Date: 02-01-2017) —  Saying he intended to lead by example and give convicted felons a chance at meaningful employment, Gov. Matt Bevin issued an executive order Wednesday that removes questions about criminal history from the initial application for state jobs in the executive branch.

The order – known as the Fair Chance Employment Initiative – means that applicants will not be required to check the box for criminal convictions on the initial state application.

“Ours is a nation of second chances, founded upon core principles that include mercy and redemption,” Bevin said in a statement. “The simple act of removing this box will help to level the playing field for all applicants, and it is my sincere hope that many of the private employers in our state will consider doing the same thing.”

In a news release, Bevin stressed the importance of Kentucky leading the way in removing barriers for felons to become gainfully employed, which helps reduce recidivism and improve public safety.

Executive branch agencies may still inquire about criminal records before interviewing an applicant, and may consider criminal history when making hiring decisions. However, postponing that inquiry until after the initial application provides applicants with a better opportunity to explain their backgrounds, the release said.

“We want to make sure everyone gets fair consideration for the jobs that make our Commonwealth run,” said Personnel Secretary Tom Stephens.

Conservative estimates from the National Employment Law Project indicate that nearly 70 million people in the United States have a criminal record of some type. Employment is a key factor in keeping people from reoffending, according to several national studies.

“When ex-offenders are able to find stable jobs, they are able to support their families and find new purpose for their lives,” Justice Secretary John Tilley said in the release. “Studies show that removing that box and giving a person a chance at an interview increases the likelihood they will get a job.”

Bevin’s order builds on Kentucky’s effort to enact smart criminal justice reforms that enhance public safety while also rehabilitating offenders. Last year, the governor signed legislation to allow for expungement of certain low-level felonies after a person has completed the terms of their criminal sentence. The legislature also is expected to consider a criminal justice reform bill when they return to session next week.

Bevin issued the executive order on the new approach to state hiring during a press conference in the Rotunda Wednesday morning, prior to the final meeting of the Criminal Justice Policy Assessment Council, which he formed last June.

The 23-member council worked for six months, at the governor’s direction, to prepare suggestions for smart-on-crime initiatives. A bill incorporating many of those suggestions is expected to be filed next week by Sen. Whitney Westerfield.