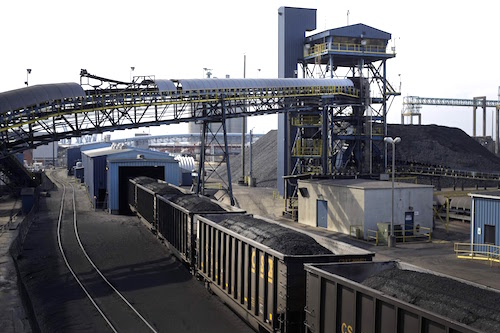 TUESDAY, JANUARY 31, 2017 — One Appalachian official fears a continued decline in coal could lead to a permanent loss of rail lines to the region, Phil Kabler reports for the Charleston Gazette-Mail. The U.S. Energy Information Administration said coal production in 2016 declined to its lowest level since 1978, 739 million tons, down by 158 million tons from the prior year.

West Virginia Transportation Secretary Tom Smith, newly appointed, “said the concern is that the decline in coal traffic could lead railroads to downgrade or abandon rail lines in Appalachia,” Kabler writes. He told Kabler, “I don’t need to tell you all if you lose these lines, they’re gone forever. The good news is there have not been a lot of loss of routes yet.”

Kabler writes, “Last February, Norfolk Southern suspended operations between Columbus, Ohio, and Point Pleasant, W.Va., because of a downturn in rail traffic. While the portion of the line that runs through West Virginia, including through Charleston, remained open, the lack of accessibility to Columbus caused traffic to plummet. In July, short-line operator Watco Cos. took over operations of 309 miles of rail line from Columbus into Wyoming County, West Virginia, operating as the Kanawha River Railroad.”