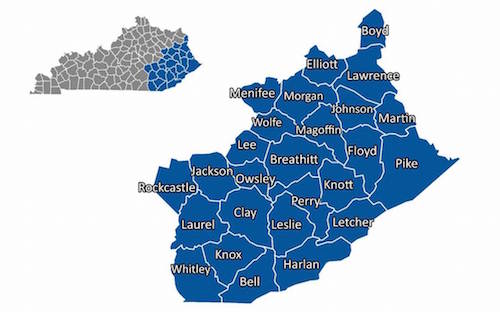 SOMERSET, Ky. – Southeast Kentucky Economic Development Corporation (SKED) put out the call for projects designed to Move Eastern Kentucky Forward with Broadband at the end of 2016, and leaders and business owners from across the region answered with some of their best ideas.

A total of 15 project proposals were submitted for consideration. Following an extensive review, the field has been narrowed to 11. Those 11 have been advanced for further due diligence: including economic impact analysis, engineering analysis and fiber/broadband connectivity analysis.
Project semi-finalists will be invited to present their projects for final review in March.

Through Moving Eastern Kentucky Forward with Broadband, SKED is identifying short and long-term economic development projects in 26-coal impacted Kentucky counties that may be eligible for approximately $500,000 to $2,000,000 in funding from various sources. The projects will leverage the KentuckyWired I-Way and other broadband networks in the eligible counties. SKED will prioritize the selected project finalists and seek resources, funding, and partnerships to see that the projects are realized and produce new jobs and investment for the region.

SKED is being assisted by Thomas P. Miller & Associates (TPMA) and MSE of Kentucky, along with representatives from the Center for Rural Development.

The process consists of data analysis on available workforce, business sites and buildings; broadband utilization plan; and other planned activities related to the KentuckyWired project and other broadband providers in the region. Projects are ranked based on number of created jobs, cost, timeline and local support and work in conjunction with other SOAR initiatives.

SKED Executive Director Brett Traver says the initiative is designed to guide Eastern Kentucky business owners and leaders in the use of broadband infrastructure to create jobs in the region.

“We are pleased with the response from our Request for Proposals in November and are looking forward to further developing these potential projects by meeting with the stakeholders in these Eastern Kentucky counties over the next month,” Traver said.