No bond for accused drug trafficker 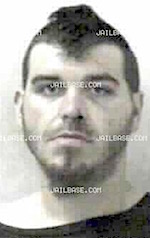 The warrant was to search a residence located on Buffalo Creek Road in Wayne County.

The local department arrested Jamison Fletcher, 31 on two counts of Wanton Endangerment for shooting into a vehicle with two passengers on January 25th, 2017, as well as Operating/Attempting To Operate a Clandestine Drug Laboratory.

Sheriff Thompson who was present on the scene, advised that “he was very well pleased with the cooperation of all department involved.”

Jamison is lodged in the Western Regional Jail.

When searching the WRJ website, it is unclear which bond is listed on each charge for they used case numbers; however it reads that he is a previous convicted felon and he is under a $40,000 cash/surety bond on one charge and no bond on the other.