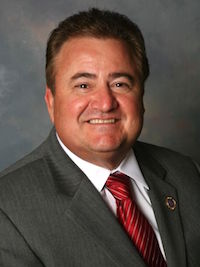 State Rep. wants to consolidate some of the services of state’s 120 county clerks into 15 different ‘regional administrators’

When people get married, buy new cars and homes or get something notarized in Kentucky, they go to the county clerk.

In an effort to save money, State Rep. Dennis Keene, D-Wilder, wants to consolidate some of the services of the state’s 120 county clerks into 15 different “regional administrators.” It would not eliminate county clerks but would put some of their functions, such as marriage licenses, into one office at the area development district.

House Bill 325 would also create a task force to study providing more services online. This could include offering kiosks at banks and supermarkets for auto tag renewals.

“I didn’t want to do away with the county clerk,” Keene said. “They’re still needed. This just redistributes the duties in a more efficient manner.”

Keene said he doesn’t know how much this would save. There are too many variables, he said.

Some county clerks on are not amused. The Boone County clerk’s office employs 35 people and has an annual budget of $35 million in a county with a population of 120,000. Consolidated government, like Sanitation District No. 1, brings complaints about non-local, unelected boards making local decisions. 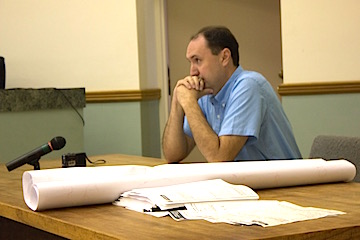 Lawrence County Clerk Chris Jobe, serving his third term, has 10 deputies in a county of 17,000 people, two of whom make nearly $50,000 per year. Jobe makes at least $85,000 and his office has a budget of more than $2.3 million. Jobe is the past president of the Kentucky Clerk’s Association and is one of the most popular politicians in the county.

“Government is better at the local level,” Brown said. “When you start talking about consolidation, it sounds good on paper but not in practice.”

It would also create a task force looking at how the state could create online auto license renewal and other ways to save costs. Keene said he even if his bill doesn’t pass, he hopes some ideas for cost savings will come out of it.

“This bill is about starting a conversation,” Keene said. “We’re so afraid to talk about efficiencies in government.”