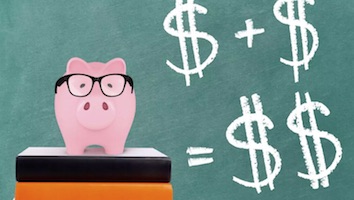 FRIDAY, JANUARY 27, 2017– New Jersey Gov. Chris Christie is continuing his attack against newspapers and their local-government revenue sources. The Republican on Tuesday urged lawmakers to consider proposed legislation, dubbed the “newspaper revenge bill,” that “would allow municipalities to post legal notices on websites instead of newspapers. All legal notices are posted and archived online through the New Jersey Press Association,” Dustin Racioppi and Bob Jordan report for The Record and the Asbury Park Press.

“Multiple sources have said that Christie’s intent on getting it passed is to punish newspapers for their critical coverage of him. He hasn’t taken questions from state reporters in 140 days,” Racioppi and Jordan write. The legislation lacked support last year,

“Christie contends that the bill is about taxpayer relief,” Racioppi and Jordan write. “He contends that the bill’s passage would save taxpayers ‘tens of millions’ annually, but his analysis to this point falls far below the $80 million he claims newspapers statewide make on the ads. Christie said his office analyzed legal notices in The Star-Ledger, the state’s largest newspaper, and determined that it was paid $16.6 million for legal ads last year. The New Jersey Press Association has said the cost of legal notices in all state newspapers is about $20 million, with less than half of that being borne by taxpayers.”

Tom Donovan, regional president of the Gannett East Group and publisher of The Record, said in a statement: “With all due respect to the governor, he doesn’t get to make up the facts when it comes to what the legal ad revenues are throughout the state of New Jersey.”

Racioppi and Jordan write, “The proposed law change has been dubbed by a lawmaker as a ‘revenge bill’ because it came after coverage of the Christie administration’s Bridgegate scandal, which resulted in three convictions or guilty pleas from Christie allies from the 2013 George Washington Bridge lane-closure caper.”