Keeneland trying to back out of deal with Thunder Ridge 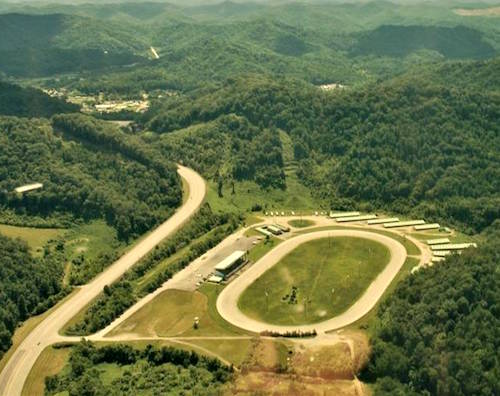 Floyd County officials are worried that the county could be on the hook for more than $2 million over a failed deal between Keeneland and the owners of Thunder Ridge harness racing track in Prestonsburg.

For several years, Keeneland was in talks with Appalachian Racing Inc., which owns and operates Thunder Ridge, to buy that track’s license. The plan was for Keeneland to move the license to a quarter-horse track that it wants to build in Corbin.

Floyd County officials had hoped that deal would include paying off the debt left on a $2.7 million bond that the county issued in 1993 to help the Thunder Ridge project.

But Keeneland chief operating officer Vince Gabbert said Tuesday that Keeneland would no longer pursue the Thunder Ridge license and will instead apply for the state’s ninth license, which is not assigned to any track.

“We originally had contemplated buying the assets of ARI, but our current plans do not contemplate that,” Gabbert said.

However, Floyd County Attorney Keith Bartley said the county had a separate agreement with ARI that if Keeneland bought the Thunder Ridge license, ARI would pay off the bond debt.

In the absence of that deal, the fiscal court is responsible for the debt.

ARI so far has made all annual payments required under the bond, but local officials are concerned that the company someday either won’t or can’t keep up the payments.

“A $2 million hit at this point would essentially bankrupt the county,” Bartley said, though he added that the county would make other arrangments to pay the debt rather than declare bankruptcy.

Expenses at Thunder Ridge have outstripped revenue for several years, according to a document from the Financial Industry Regulatory Authority.

The county took part in the bond issue more than two decades ago in the hope that the track would boost the economy, said Judge-Executive Ben Hale.

It wouldn’t be fair to stick the county with that debt when all it did was participate as a technical matter to help the project, he said.

“The taxpayers of this county should not be responsible” for the debt, Hale said.

The county has no surplus to pay the $2.1 million. Like several others in Eastern Kentucky, Floyd County is weathering a significant drop in revenue because of the downturn in the coal industry.

Five years ago, the county’s annual budget neared $20 million, but that has been cut to $11 million, Bartley said.

Hale said the county will research its options.

A year ago, ARI asked for an injunction against Keeneland and the Kentucky Horse Racing Commission to stop Keeneland from getting the state’s ninth racing license. A Floyd County Circuit judge granted the injunction, but it was eventually overturned by the Kentucky Supreme Court.

Keeneland applied for the ninth license under the former Horse Racing Commission, which was reconfigured under Gov. Matt Bevin, said Marc Guilfoile, the commission’s executive director. The new commission has not yet decided on that application.

Bartley said that if given an opportunity to intervene, county officials will ask the racing commission to deny the application because of the potential impact on Floyd County. Officials hope that would prod Keeneland to reopen negotiations for the Thunder Ridge license.

Thunder Ridge was created in 1993 by the late Terrell Ross, the co-founder of Ross, Sinclaire & Associates, a politically connected financial company that frequently puts together public bond deals across Kentucky.

BY LINDA BLACKFORD
AND BILL ESTEP