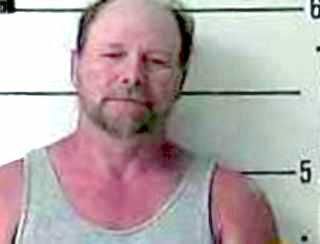 Ashland, Ky. (January 25, 2017) – James Gartin, age 53, of Ponderosa Court in Ashland was arrested this morning by the Kentucky State Police in the Yellow Creek area of Lawrence County.

He was arrested without incident and transported to the Big Sandy Regional Detention Center in Paintsville.

Gartin was a wanted fugitive from Lawrence County and the Post 14 KSP had issued a call to the public to help find him just before his arrest.

Gartin is wanted by the Kentucky State Police on the following charges issued in Lawrence County:

Endangering the welfare of a minor

Mr. Gartin has a listed address on Ponderosa Court in Ashland, but is known to frequent the Clifford and Yellow Creek areas of Lawrence County.

The investigation is ongoing by Det. Sam Lawson.