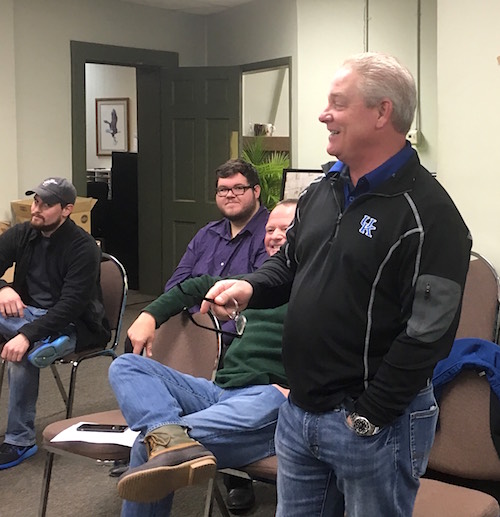 The Louisa City Council met for a special meeting, Tuesday, January 24, 2017. The meeting was called to order by mayor Harold Slone after the opening prayer and the pledge.

The following items were on the agenda. All items were approved by the members of council:

*  Approved P & A Engineers, Louisa, Ky for the sewer rehab project, motion made by David McKenzie, second by John Nolan

*  Approved the opening of a new bank account for the Sewer Rehab project, motion made by Ron Cordle, second by Mitch Castle.

*  City Attorney Eldred Adams will present to the Council in next month’s meeting a contract for the Fire District.

*  Brent Clark of Marathon Oil, gas station next to old RT 32 and the new Wal-mart Rd made a request to be annexed into the city so the station could sell alcoholic beverages. Suggestions were made to get city neighbors in the area to agree. Eldred Adams will review with the Council the Annexation Ordinance at next month’s meeting. The item was tabled until then.

Motion made by Tom Parsons, second by Mitch Castle to go into executive session to discuss potential litigation and personnel matters.