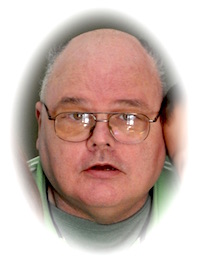 Tony Dale Copley, 61, of Catlettsburg, Ky. went home to be with his Lord Sunday, January 22, 2017, at his home at Zelda Loop Road, with his loving family at his side.

Tony was born August 18, 1955 in Ashland, Ky. the son of the late John Roy and Helen Patton Copley.

In addition to his parents he was preceded in death by sister in law, Doris Woods Copley.

He was a graduate of Louisa High School and also attended Morehead State University. He was a member of the Buchanan Chapel Church; he was also a lay preacher and preached at several churches before his illness. He was a construction worker for KY Labor Local #1445.

There will be a graveside service to honor Tony’s life on Wednesday, January 25, 2017 at 2:00 pm at The Buchanan Chapel Cemetery with Pastor Keith Workman officiating. Online condolences may be left for the family at www.youngfuneralhomeinc.com

ANIMALS BACK FROM EXTINCTION?