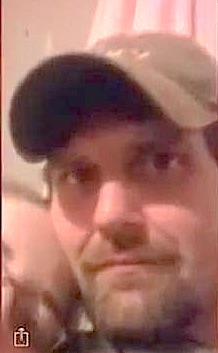 The family of a deceased Martin County man, who have been waiting for answers for months in the circumstances surrounding the cause of his death, have been left in disbelief and are still searching for those answers after a pair of autopsies results have led them no closer to what happened to their beloved relative.

William ‘Scottie’ Fannin disappeared in December 2015, and was missing in Martin County for more than nine months until his remains were found in late September 2016.

A memorial cross with Fannin’s name is faded, but hasn’t been moved from near where he was last seen, Fannin’s Market Lane, is the last place his family said they saw him on December 10, 2015, near Milo, a 10-minute drive north from Inez.

He lived up the hill from the site of the memorial cross. His body was found in the hills 2 miles away, on September 27, 2016, a month after he should have celebrated his 38th birthday.

Not a day goes by that his stepmother, Carole Fannin doesn’t think about her stepson.

“You know you wonder every day cause it’s on your mind every day,” said Carole Fannin. 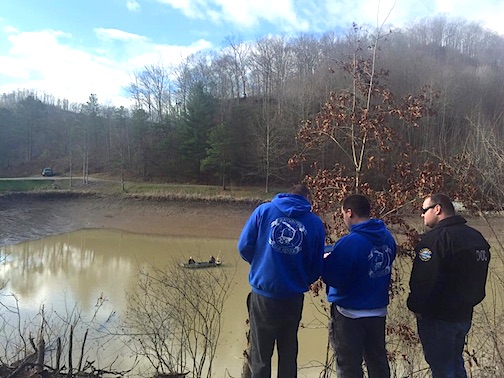 Though he’s gone, his family is doing everything to keep his memory alive.

Scott is gone but we’ll never forget him,” said Carole.

She’ll never forget the roses he would bring her and other family members on Mother’s Day, his love for banana pudding, his fear of snakes and his trickster ways.

Carol said Scottie Fannin had a wonderful sense of humor.

“He was good hearted, he would do anything for you,” said Fannin.

A good hearted man is how family said they will remember Scottie Fannin.

The family held out hope that an autopsy would hold the vital clues needed to bring closure, either through revealing a cause of death or perhaps even clues if someone else was involved with the death.

Instead however, the Fannin family were left in near-shock, as they were given a double whammy of disheartening news, as after first the Kentucky State Medical Examiner’s office in Frankfort conducted an autopsy; they reported that they were unable to determine the cause of death of William ‘Scottie’ Fannin. The State Medical Examiner then sent Fannin’s remains to Knoxville, Tennessee to be given a further extensive examination by several of the top forensic pathologists in the nation; but in their final autopsy report, they, too, were not able to conclude what the cause of death for William Fannin was.

The William “Scottie” Fannin case currently is still a death investigation by the Kentucky State Police, who cannot conclusively say whether Scottie’s death was a homicide.

The Fannin family finds several things that are suspicious about the details of Scottie’s death. His remains were found in a remote and rugged location that had already been searched months earlier. Plus, Scottie wasn’t a hunter or someone who enjoyed exploring the outdoors.

“Never would have dreamed that he would have been back up in this holler back up there like he was,” said Carole Fannin.

“Then it got to getting real, you know, that he wasn’t coming back,” said Carol Fannin. “We just don’t know what happened to him now,” she said.

But they are not without hope.

“If someone did do this this Scottie we hope they find out,” Carol Fannin said.

But as of now, his stepsister Jessie Fannin hopes closure comes from someone who knows, who tells them, even if it’s just through an anonymous note.

“I do have hope,” Jessie Fannin said. “I do believe that someday, somebody will open their heart and come forth and tell us what happened to him.”

Because whatever happened – accident, argument, even an overdose — at this point knowing what happened beats the alternative.

“Nothing we can do right now, just waiting,” Jessie said.

“We could deal with that better than not knowing,” added Carole.

The one benefit to finding the remains is that they’ve been buried in a cemetery, so now they have a place to visit him.

The family calls it a blessing from God they even found the remains.

Scottie’s father and nephews were working on gas lines in the area his remains were laying when their machine broke down, right where the body was before it was discovered. Some personal items which were found up the hill after his bodily remains were located.

Fannin’s family said they are still looking for tips from the community about Scotties death. They ask anyone with information to come forward.

At one point before Scottie’s remains were found last fall, the family had offered a reward that was eventually raised to as much as $10,000, for any information that could have resutled in the location of his whereabouts.

The Fannin case remains open. State troopers will follow up on any leads they get. If you have any information, call the Kentucky State Police Post 9 in Pikeville at (606) 433-7711. You can make an anonymous tip.