WAS TRUMP WIN RURAL VS URBAN?

RFD-TV founder says Trump’s win was not Republican vs. Democrat, but rural vs. urban 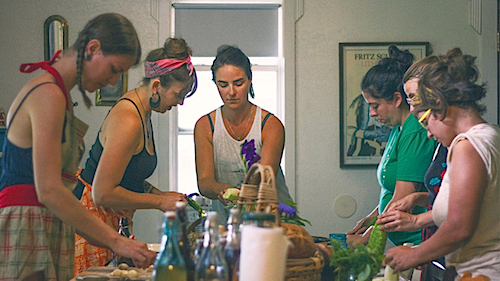 MONDAY, JANUARY 23, 2017 —The way Donald Trump and Hillary Clinton utilized, or failed to utilize, RFD-TV, which specializes in rural-interest programming and is available in more than 46 million homes, may have been the difference in the presdential election, Cynthia Littleton reports for Variety. Patrick Gottsch, founder and president of RFD-TV, said “in the final two weeks before Election Day, Trump’s team spent $150,000 to buy every available advertising spot on Nashville-based RFD-TV.” Clinton didn’t by any advertising.

Gottsch told Littleton, “You could really see it turning in the last couple of weeks. I couldn’t find a woman in rural America who was going to vote for Secretary Clinton, and I found that odd.” Gottsch said he doesn’t think it even mattered which party Trump belonged to, telling Littleton, “He could have run as a Democrat and won. It was the fact that he was so independent, and the fact that he was willing to tell everyone—Democrats and Republicans—to go to hell. Every time some [Republican] refused to endorse him, people went, ‘Oh good.’ ”

Gottsch, who said his two daughters were Clinton supporters, “chalks the loss up to her lack of outreach in rural areas, in addition to general economic frustration, and the belief that the status quo is ‘rigged’ against the little guy,” Littleton writes. “Despite Trump’s 1 percent status and New York City pedigree, he gained favor because of his image as a maverick billionaire willing to shake up business as usual in Washington.”

“In Gottsch’s view, the key to overcoming prejudice on both sides of the urban-rural divide is communication and a better understanding of one another’s worlds,” Littleton writes. He told her, “We are not all a bunch of ‘Hee Haw’ hicks. We cannot exist as the U.S. if there is a wall between urban and rural America. We think that our job is to do more to connect city and country again. If we just keep doing ‘Duck Dynasty’ and that kind of thing, we are never going to get to a better understanding of who we are.”