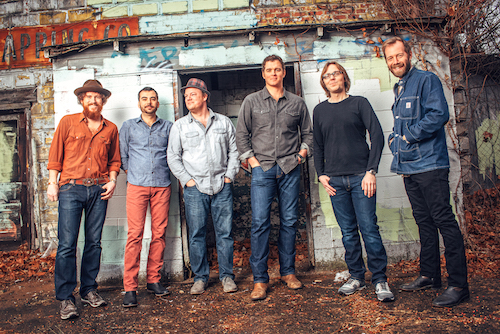 Prestonsburg, Ky. – The Steep Canyon Rangers, the Grammy winning bluegrass band from western North Carolina, will perform Friday February 3 at the Mountain Arts Center (MAC) in Prestonsburg. They won the award for Best Bluegrass Album in 2013 for “Nobody Knows You.” It’s that project that drew celebrated comedian and world class banjoist Steve Martin to call when he needed a backing band.

A bluegrass band at their core, they can walk the line between the traditional sound and a sophisticated string orchestra. The Rangers’ latest release was 2015’s “Radio.” It was produced by the legendary dobro maestro Jerry Douglas in their hometown of Asheville, NC. “There’s strength in numbers, and it’s given the ensemble a new depth—a sense of subtlety where the lines between different kinds of music are effortlessly crossed, re-crossed, and crossed again,” describes Acoustic Guitar magazine about “Radio.”. 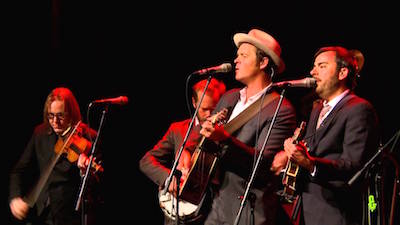 The Website AllMusic states “…Radio is an outstanding album from one of the most exciting new bands in bluegrass, and if you know them best for their work with a certain talented banjo-playing comedian and actor, you owe it to yourself to find out how much they can do on their own.”

The Steep Canyon Rangers live shows are becoming increasingly popular throughout the southeastern United States. They were recently picked to play the famous MerleFest in April, and will be performing at the prestigious Stagecoach Festival in Indio, California two days after that. The band just completed a three night stand at The Orange Peel in Asheville, NC with Del McCoury as special guest. 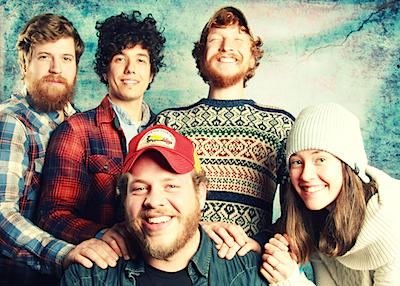 The opening act for the evening will be eastern Kentucky’s own Tyler Childers. A Paintsville High School graduate, he is a rising Americana singer/songwriters. He has caught the eye of many fans and musicians alike, prompting outlaw country superstar Shooter Jennings to tweet, “We have Chris Stapleton and Sturgill Simpson – my pick for the next up-and-coming leviathan: Tyler Childers.”

The concert will be Friday, February 3 at 7:30 p.m. at the Mountain Arts Center in Prestonsburg, Ky. Tickets range from $23-$27 and can purchased online at www.macarts.com or by phone at 1 (888) MAC ARTS.

The Mountain Arts Center is the premier performing arts venue in eastern Kentucky. Located in the heart of the bloodline of the Country Music Highway, the facility features a 1,050-seat auditorium, conference/meeting facilities, instruction rooms and a state-of-the-art recording studio. Operations are through a partnership between Prestonsburg, Ky. and Big Sandy Community & Technical College. For more information, call 1-888-MAC-ARTS or visit macarts.com.