WHY SO MANY LONGTIME BLUE RURAL MIDWESTERN COUNTIES VOTED FOR TRUMP 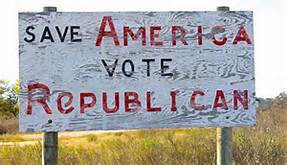 (FRIDAY, JANUARY 20, 2017) Trempealeau County, Wisconsin home to 29,000, is a perfect example of how Donald Trump’s surprise presidential election was fueled by rural residents, Jenna Johnson reports for The Washington Post. The largely white summer tourist hub with a low unemployment rate has long voted blue—President Obama earned 56 percent of the vote in 2012 and 60 percent in 2008—but Trump won in November with 53 percent.

“The same flip happened in 50 other Midwestern counties clustered in western Wisconsin, southern Minnesota, eastern Iowa and northwest Illinois,” Johnson writes. In the village of Trempealeau, “die-hard Democrats are still trying to figure out which of their roughly 1,600 neighbors were the 482 people who voted for Trump. Several lifelong Republicans say they voted for him, often reluctantly, but they didn’t expect him to win.” Residents at a local bar, who were politically divided, “agreed that it will take at least another presidential election to see if this was a fluke or a lasting shift.”

Kurt Wood, who has been Trempealeau village president since 1993 and voted for Clinton, told Johnson, “I just think that people were not feeling the greatest about the direction of the country and thought: ‘Oh well, I’m just going to throw my vote to somebody that I think will change things.’ Still, with the idea: ‘Well, he wasn’t going to win.’ I think, in all honesty, people already realize what a mistake they made.”

Johnson writes, “The unemployment rate in Trempealeau County was 3 percent late last year, one of the lowest rates in the state. What’s missing are the higher-paying jobs for more-skilled workers, several residents said, and many feel as if their salaries or retirement savings haven’t kept up with their expenses, especially for health care. Trempealeau County is 97 percent white, but a growing number of Latinos have moved to the area for manufacturing and agriculture jobs.”

Clinton, who didn’t make a single visit to Wisconsin, was not popular in Trempealeau County, leading many Democrats to avoid voting for her, Johnson writes. Republican Treig Pronschinske, a technical-college graduate who worked in construction and unseated the Democratic state Assemblyman from the area, told Johnson of the Trump victory, “You could feel it coming. The comments were a lot of: ‘I agree with what Trump says, but I don’t really like how he acts.’ I saw right through that. They weren’t saying they wouldn’t vote for him. They just didn’t want to fight about it.”