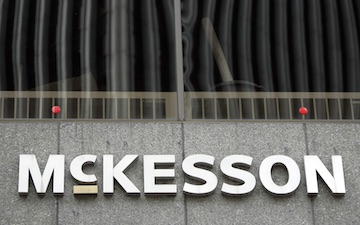 “In 2008, McKesson agreed to a $13.25 million civil penalty and administrative agreement for similar violations,” states the Justice Department. In that case the government said “McKesson failed to design and implement an effective system to detect and report ‘suspicious orders’ for controlled substances distributed to its independent and small chain pharmacy customers. From 2008 until 2013, McKesson supplied various U.S. pharmacies an increasing amount of oxycodone and hydrocodone pills, frequently misused products that are part of the current opioid epidemic.” (Opioid deaths in the U.S. in 2014, highlighting Ohio: Kaiser Family Foundation map) 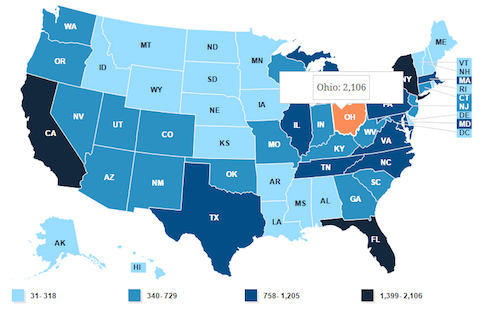 In 2013, the Drug Enforcement Adminstration “began investigating reports that McKesson was failing to maintain proper controls to prevent the diversion of opioids,” Lenny Bernstein reports for The Washington Post. “In a statement on its website, McKesson said it settled ‘in the interest of moving beyond disagreements about whether McKesson was complying with the controlled substance regulations . . . and to instead focus on the company’s partnership with regulators and others to help stem the opioid epidemic in this country.’”

The opioid epidemic has been particularly problematic in rural areas and Appalachia. Opioid overdose deaths were up 13.4 percent in 2015, says a report by the Centers for Disease Control and Prevention. A CDC study found that Ohio had the most overdose deaths in 2014 and the highest rate per person was in West Virginia.

KY. WOMAN COMES TO LIFE, CHARGED WITH CRUELTY TO ANIMALS