GAYLE PILLE: RED AND GRAY FOXES BOTH COMMON IN REGION, BUT THEY ARE GOOD AT STAYING OUT OF SIGHT

We’re lucky. Two of the four species of fox that live in North America call Northern Kentucky home. Both are seldom seen but they’re here, living amongst us like so many other creatures that move in and out of the shadows.

The most commonly seen fox in our area is the Red Fox. It is the most widespread of all the fox species, inhabiting the entire Northern Hemisphere. Humans have served the Red Fox well, as it has expanded its range alongside that of our own. It’s reddish coat, white-tipped tail and black legs or “stockings” make it easily recognizable.

To be called “sly as a fox” or “foxy” is as much a compliment to us as it is to this flashy looking and wily canine. 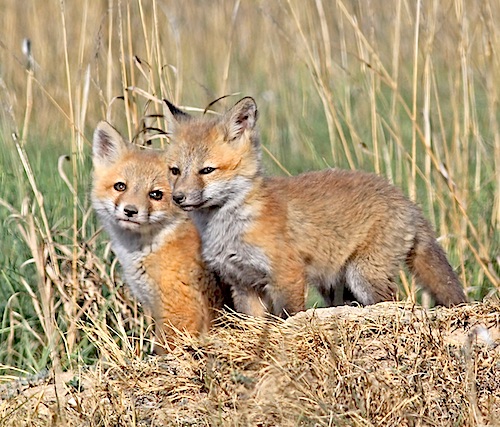 Because of their thick fur, Red Foxes look deceptively larger than they actually are. Most well-fed house cats weigh more than the average nine to twelve pounds of a full-grown Red Fox. They are however, efficient hunters and will readily eat a variety of small prey, berries and insects. With their large, upright ears they can locate moving prey within one-degree of its true location and hear a mouse squeal from 150-feet away. They hunt from just before dusk to just after sunrise and can travel up to nine miles a night.

Our other fox is the Gray Fox, which is considered to be among the most primitive of the living canids. The Gray Fox is not world renown, as is the Red Fox, inhabiting only North and Central America.

At one time it was the most dominant fox in the eastern U.S., however human advancement allowed the Red Fox to become the more dominant species.

Somewhat similar in size and appearance to its red cousin, the Gray Fox is a salt and pepper gray color, has a strong, thick neck and a long, bushy tail with a black stripe on top. It does not have the black stockings of the Red Fox.

Whereas the Red Fox does well in a variety of habitats, the Gray Fox is a creature of the forest where it stays hidden and is seldom seen. It is one of the few canines with the ability to climb trees. With its strong, hooked cat-like claws, it can scramble up trees to escape predators and search for food. It will also frequently lounge and rest in the trees.

Both species breed in the dead of winter and have five to six pups, or kits, in early spring.

The young are hunting with their parents when they’re three months old and are on their own when they reach sexual maturity at about seven or eight months old. They have similar diets; however the Gray Fox eats considerable more vegetable matter. Like so many other predators, both have a special fondness for Peter Cottontail.

Both fox species can be found locally.

To see one though you’ll have to be “quick as a fox,” since your opportunity will be nothing more than a fleeting glimpse. 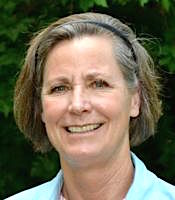 Gayle Pille is a local naturalist and nature writer who many know through her work to establish the five-mile network of nature trails at Highland Cemetery in Ft. Mitchell. She created the cemetery’s popular 25-year-old Wildlife Enhancement Program and works with a small team of volunteers to maintain the cemetery’s wooded walking paths. An avid birdwatcher, Gayle also builds custom wildlife nest boxes for businesses, parks and residences through her business, www.woodlandhabitat.com