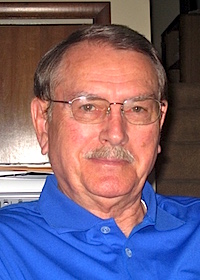 Marvin Williams, Jr., 79, of Louisa passed away peacefully on Saturday, January 14, 2017 at his home in Louisa.

He was born in Louisa on May 27, 1937 to the late Marvin and Shirley Music-Williams. Mr. Williams was retired from the Untied State Postal Service as well as the United States Airforce where he served his country honorably for 25 years.

He leaves behind a caring family including one son Kenneth W. Williams and his wife Tammie of West Liberty; one daughter Lori Andriot and her husband Steve of Louisville; five grandchildren Mason, Lindsay, Dena, Jerad, Jenny and Brian; five great grandchildren; one brother Robert Williams of Ashland; two sisters Kathy Jane Burchett and Elsie Mae Scott both of Louisa; two sisters-in-law Katerine Williams and Dedre Williams and one brother-in-law Amos Davidson as well as many extended family and close friends all of whom will cherish his memory.

Funeral Services will be held at the Young Funeral Home Chapel on Thursday, January 19, 2017 at 11:00 am burial will follow at Rosehill Burial Park in Ashland.

Visitation for family and friends will be after 10:00 am until service time on Thursday at the Young Funeral Home Chapel.

Military Honors will be conducted at the cemetery by United States Airforce Honor Guard.