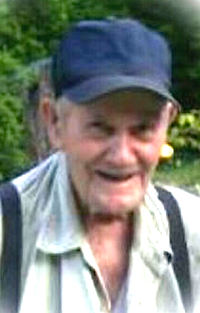 Tom Stone, 88, of Rhubens Branch Louisa, KY passed away Saturday January 14, 2017 at his home surrounded by his loving family.

Tom was born July 18, 1928 in Grundy, Virginia, served in the United States Army and Air Force during World War II, and was a self employed roofer for many years in Lawrence County. He is preceded in death by his mother Sytha Saffingfield and a grandson Thomas Stone.

Funeral services will be held on Tuesday Jan. 17, at 11:00 am at the Wilson Funeral Home with Dr. Marc Workman speaking. Burial will follow in the Stone Cemetery on Rhubens Branch Louisa, Ky.

Friends may visit the family on Monday from 5:00 pm to 9:00 pm at the Wilson Funeral Home.

LAWRENCE AMONG 25 WITH SYRINGE EXCHANGE PROGRAMS