Like Lawrence, mountain counties squeezed by loss of Coal Tax 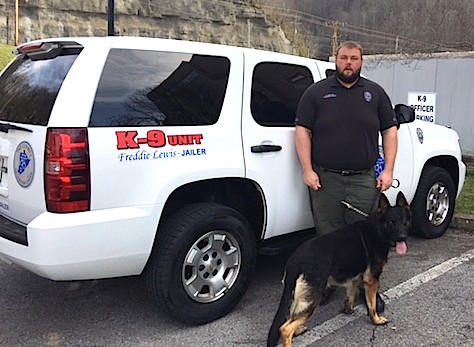 PIKEVILLE, Ky.— (Date: 01-15-2017) The Pike County Fiscal Court has informed Pike Jailer Freddie Lewis that the court will no longer pay overtime to his employees, but Lewis said he cannot safely run the Pike County Detention Center without it.

In a letter from the office of Judge-Executive Bill Deskins, Deskins said that he knows Lewis is “mindful of the County’s budget problem.”

“In light of these problems, the fiscal court adopted … a no overtime policy unless in case of emergency. This policy is still in full force and effect,” the letter said. “There will be no overtime paid at the detention center except in the cases of emergency.” 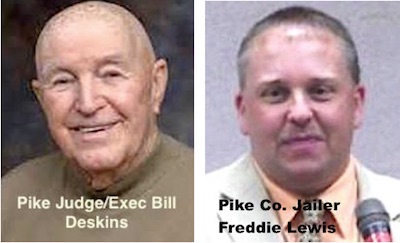 The News-Express spoke with Lewis, who said he cannot safely run the jail without paying overtime, or hiring more employees.

“We could get out of paying overtime … if we could get 10 full-time employees added to our staff, we could work this jail with very minimal overtime hours,” Lewis said. “Our problem is we don’t have enough staff.”

Lewis said a study was done when the jail housed roughly 250 inmates, which found that the jail would need 52 employees in order to operate safely.

“Now we’re up to an average of 350 to 400 inmates,” Lewis said. “Right now we have around 42 employees. I have not done a study. I asked the Department of Corrections to come in and do a manhour study. My inspector told me that we would need 58 to 60 employees to run a good shift and always have people covered.”

He said each employee, with salary and benefits, between $26 and $30 per hour, per employee.

Lewis said he will continue to approve overtime pay for his employees in order to have the staff he needs to run the jail.

“I don’t have no choice,” he said. “We’re going to pay our people for what they work. I will turn in their timesheets, and sign off on their timesheets for approved overtime. If (the fiscal court) chooses not pay them, all I can say is that our people will have to go to the labor board. You cannot work people and not pay them. It’s illegal. And me not having the amount of staff I have to have, by law, that’s illegal.”  –Pike Jailer Freddie Lewis

Lewis said it would be less expensive for the county to hire more employees than to pay overtime.

Deputy Judge-Executive Brian Morris said the question is how many employees Lewis needs to efficiently run the jail.

“How many does he need?” Morris asked. “What is Department of Correction regulations on how many guards you have to have per inmate? If DoC says you have to have one guard per 20 inmates, that’s where we need to be.”

Morris said he supports giving Lewis whatever is needed to operate the jail efficiently.

“We gave him 10 more officers last year,” He said. “And the overtime never went down.”

Morris said the issue is on the agenda for next Tuesday’s fiscal court meeting.

“Hopefully we can get together and work it out,” Morris said. “If the information he brings to the table, if it’s within the fiscal court’s power to do it … we are just going to make sure he is running the jail to the best of its ability for the taxpayers of Pike County.”

By Julia Roberts
The Paducah Sun

EMPLOYMENT SERVICES FOR 1,450 LAID OFF COAL MINERS IN EASTERN KENTUCKY