ACLU suing Kentucky over law requiring an ultrasound before abortion; Bevin says AG ‘not doing his job’ on laws 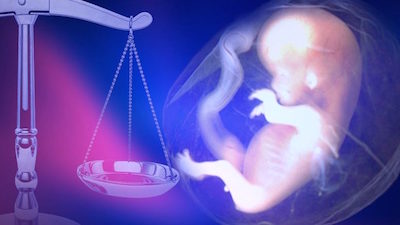 The American Civil Liberties Union filed a legal challenge Monday to a new law that requires women to have an ultrasound before receiving an abortion in Kentucky.

The law, which took effect immediately after Gov. Matt Bevin signed it Monday, requires doctors to show women an image of the ultrasound, describe what it depicts and share the heartbeat of the unborn child if one is present. The bill says a patient may avert her eyes from the ultrasound or ask for the volume of the heartbeat to be reduced.

“Requiring doctors to show every woman ultrasound images and describe them to her — even against her will— violates longstanding constitutional principles, including the right to privacy, the right to bodily integrity, and First Amendment freedoms,” said William Sharp, legal director of the ACLU of Kentucky.

The bill was approved overwhelmingly in the Republican-led state House and Senate Saturday. It was one of two anti-abortion bills passed in the first week of the 2017 General Assembly. The other banned abortions after 20 weeks of pregnancy.

Bevin defended the law Monday on WHAS radio in Louisville, saying he isn’t worried about the lawsuit.

“It’s a shocker, shocker, that the ACLU is suing someone. Unprecedented,” Bevin said sarcastically. “We anticipated as much, that’s what they do, that’s what liberals always do when they don’t like something. They go to the courts, hope to find friendly voices and things.”

The ACLU filed the lawsuit over House Bill 2 in U.S. District Court in Louisville on behalf of the EMW Women’s Surgical Center, the only licensed outpatient abortion facility in the state.

Bevin noted that the lawsuit named Attorney General Andy Beshear, a Democrat, as a defendant and not Bevin, who is a Republican.

“These are the kind of games they are playing,” Bevin said. “They really don’t have any business meddling in our state in this way and yet this is America and this is a right that they have. And frankly America is better for the fact that people have the ability to contest these things and so this too shall pass.”

With the new law, Kentucky joins 25 other states that have laws regarding ultrasounds performed by abortion providers. Kentucky’s law is most similar to those in Wisconsin, Texas and Louisiana, where the provider is required to display or describe the images in the ultrasound.

According to the ACLU, a mandatory ultrasound law in North Carolina that was similar to Kentucky’s was struck down by the U.S. Court of Appeals for the Fourth Circuit in 2014.

“Attorney General Andy Beshear is once again refusing to do his job. Even though he is obligated by law to do so, AG Beshear refuses to defend the 20-week abortion ban, a bill that won the support of nearly 80 percent of the General Assembly, including 21 Democrats. AG Beshear would rather pander to his liberal, pro-abortion base than defend the law of Kentucky. I will, therefore, continue doing it for him by defending these pro-life bills. The citizens of Kentucky demand and deserve no less.”

GLENN MOLLETTE THIS WEEK - Guns In America and Shooting Back