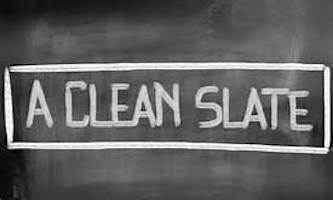 Date: 01-09-2017 – Just because someone has been incarcerated for a low-level crime doesn’t mean he or she is a bad person.

A lot of people who who have been convicted of non-violent and low-level felonies deserve a second shot at being a productive member of society.

In years past, people who have been convicted of these crimes had a stigma attached to them, resulting in low self-esteem and crippling their ability to find good jobs.

That’s really unfortunate, because even after they’ve paid the price by serving time for their crimes and been released from jail or prison, they were still technically being punished by not being able to get the jobs they were seeking.

Thankfully, a new law, HB 40, went into effect July 15, that allows these types of offenders to have their records expunged.

The law really seems to be paying off in not only getting offenders’ records expunged but in helping those who are trying to turn things around and get a job to support them and their families.

This is really amazing and is a further example of how many low-level offenders really want to get back into the workforce and make a difference in their lives.

The expungement law was a much needed one from some employers who were facing workforce shortage issues.

Currently, there are more than 55,000 open jobs within a 50-mile radius of Bowling Green.

Many of these jobs now have the potential to be filled because of this expungement law.

This expungement law really does offer people a second chance at life. There is an old saying that two wrongs don’t make a right. The old way of doing things applied to the law prior to HB 40, but the new law corrects a wrong by allowing those who have committed low-level crimes a second shot at not only life, but a career that could last them a lifetime.

There’s a lot to be said for that.