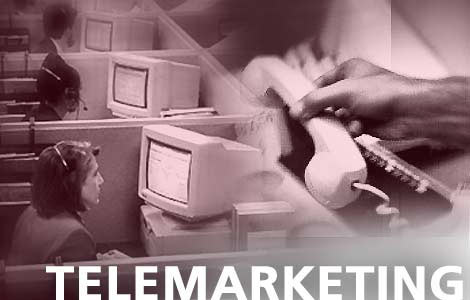 State Rep. Gerald Watkins of Paducah is again trying to make headway on a subject near-and-dear to our hearts — illegal telemarketing.

It is a problem with many tentacles. A bill introduced by Watkins in the current legislative session would get at only a small part of it. But it’s a start. The problem is out of control. Everyday citizens are fed up. It really requires a national response. But many national politicians studiously ignore the issue because of the lobbying power of the telecom industry.

Indeed there is a bow to that in Watkins’ latest bill. A Paducah Sun article about Watkins’ effort says he is working with AT&T, the Kentucky Telecom Association and the state attorney general’s office “to make sure the bill does not hinder normal commerce.” Or in English, get in the telecoms’ pockets.

Watkins’ bill seeks to up the fines for selling mobile phone numbers without the subscriber’s permission to between $1,000 and $10,000 per violation. When he proposed like terms in a bill introduced last year, we only somewhat-jokingly suggested that he add waterboarding to the penalties.

Watkins filed last year’s bill after enduring the same frustrations many of us do — a plague of unsolicited telemarketing calls on his cellphone. Like many of us, he received the calls despite being on the increasingly irrelevant Do Not Call Registry.

Watkins’ bill cleared the House unanimously last year, but expired in the Senate. We are not sure why. But we do note this year’s bill includes provisions that telecom companies cannot be fined if phone numbers are stolen, and they cannot be prevented from providing numbers to affiliates, directory providers or others “for the purpose of improving service to wireless customers.”

First we will note that the problem of unsolicited calls goes well beyond people illegally selling lists of private phone numbers. Many calls originate offshore, aided by “robocall” devices (sold by telecoms) that dial scores of numbers at a time. Some simply dial all of the possible phone numbers with no regard for Do Not Call lists. Some actually target numbers on those lists because they know they are valid numbers.

But we think another part of the problem is that telecoms make money on some of this illegal activity without consequence. If someone steals your bank information and siphons money from your account, the bank is on the hook. Same goes for your credit card issuer in the event of fraudulent charges. So with regard to Watkins’ bill, if someone steals a phone list from a telecom, why shouldn’t there be fines if customers are abused as a result?

Our own company had an experience in which an office phone line was hacked and bogus long distance charges were racked up by creating traffic on an overseas line (which the hackers probably lease and get paid for). One might think in that scenario that our long distance carrier — a major U.S. telecom — would have to eat the bogus charges. And one would be wrong. The carriers are immune by virtue of their lobbying prowess. The customer is on the hook. We had to pay our carrier thousands for a fraudulent transaction.

That sort of narrative is going to have to change if the burgeoning harassment of Americans by robocallers and scammers is going to be effectively combated. Telecoms don’t have enough skin in the game, relative to banks and credit card companies, to be incentivized to mount the fight that is needed. Politicians need to hold their feet to the fire. They’ll only do that when constituents demand it. Our sense is the moment it at hand.