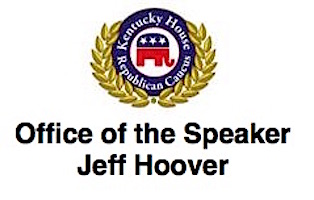 FRANKFORT, Ky. (January 7, 2017) – House Republicans, under the leadership of Speaker Jeff Hoover, once again have shown their commitment to state workers, retirees, and all taxpayers. After the prior House Democratic Majority refused to give this bill a vote last session, even after it passed committee handily, SB 3 was the first bill passed by the Kentucky House of Representatives on Saturday.

“I am pleased that a commonsense and long overdue bill like legislative pension transparency has passed through the General Assembly,” said Chairman of the Public Pension Oversight Board, Representative Brian Linder. “In a time of underfunded state pensions and widespread belt-tightening, the people of Kentucky deserve a look at the retirement plans of their elected officials.”

The bill passed in an overwhelmingly bipartisan manner, with just one dissenting vote, 95-1. It will now be sent to the Governor for his signature.