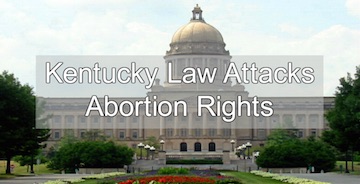 FRANKFORT, Ky. – Republicans in to­tal control of the 2017 Kentucky General Assembly wasted no time Tuesday in moving conservative priority bills, in­cluding two measures to restrict a wom­an’s ability to get an abortion.

In a move that surprised some observ­ers during an opening week devoted largely to procedural and administrative chores, House and Senate Republican leaders moved 11 bills to committees for consideration and the first floor votes on some of them are likely to take place this week.

Here’s a look at those priorities.

A new Senate bill would ban abortions for women after the 20th week of preg­nancy, according to Senate President Robert Stivers, R-Manchester.

Stivers told reporters that a mother has a “choice early on to make a decision to conceive or not conceive. But once conception starts, there becomes anoth­er life involved. And the legislature has its ability to control how that life may proceed or how it would be terminated.”

He said he expects the bill to move through committee and be passed by an overwhelming majority on the Senate floor later this week.

House Speaker Jeff Hoover, R-Jamestown, said he believed there is “overwhelming sentiment” in the House to pass the bill. Also in the House on Tues­day, leaders referred a bill to require women seeking an abortion to be shown an ultrasound prior to the abortion pro­cedure. Hoover said he expects that bill will be passed on the House side this week.

Amber Duke, communications direc­tor for the ACLU of Kentucky, said, “It’s unfortunate after weeks of lawmakers promising business would be their top priority and social issues wouldn’t be on the front burner that within hours of gaveling in we see two anti-abortion bills that seem to be on the fast track.”

Sen. Brandon Smith, R-Hazard, is sponsoring the bill to ban abortions after the 20th week. He said it’s based on the assertion that fetuses can feel pain after 20 weeks. Smith said the bill makes exceptions to the 20-week ban in cases of rape and incest and when the mother’s life is in danger.

The bill applies fines and suspensions to doctors for violating the ban but no penalty to the pregnant woman, he said.

Duke said the ACLU is particularly concerned about the bill banning abortion after the 20th week of pregnancy. “Legislation about bans like this pose a serious threat because they ignore women’s health needs in individual circumstances,” she said. “We believe that women deserve dignity and should have the right to make personal and private medical decisions without interference from politicians.”

Hoover also said a House bill relating to the University of Louisville board of trustees will be considered in committee this week, though he did not immediately have details on this bill which he said House and Senate members are continuing to work on. Hoover said the bill attempts to satisfy both Gov. Matt Bevin, who reorganized the U of L board last June prompting a lawsuit challenging the reorganization, and the university’s accrediting agency, which has placed U of L on probation because of Bevin’s reorganization. “The goal is to do what’s best for the University of Louisville, to take a further step to get them off of the probation that’s been assessed” by the Southern Association of Colleges and Schools, Hoover said. “That’s the number one goal.”

Hoover was more confident that two measures Republicans have sought for years but have been blocked when the House was controlled by Democrats will be passed by the full House later this week. Those are the so-called right-to-work bill, which would ban membership in a union or payment of union dues as a condition for employment, and a repeal of a requirement that a regional prevailing wage be paid to construction workers on public construction projects.

Hoover said the prevailing wage repeal would apply to all public construction projects — not merely a repeal considered in recent sessions for school construction projects only. “Our caucus is very strong about policies that will spur economic growth, make Kentucky attractive to businesses wanting to locate here and create jobs,” Hoover said. He said the two bills “will do just that.”

Also Tuesday, the Senate referred for committee consideration a bill Stivers sponsored that he said would require workers “to affirmatively opt in” to having union dues withheld from paychecks rather than the current practice where a worker must act to opt out of having an employer withhold dues.

But Bill Londrigan, president of the Kentucky State AFL-CIO, disagreed.

“They are pursuing a policy to penalize unions,” Londrigan said. “It’s a low road to economic development that will actually end up costing all Kentucky workers in the form of lower wages.”

By Tom Loftus
The Courier-Journal

Editor’s note:  Lawrence/Carter Co. State Representative Jill York, a Republican who is expected to have funding requests for her district said this is not the budget session in a note today: 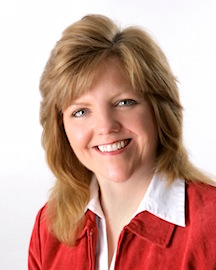 “This being the “short session,” there won’t be action on any spending bills as all of that business was part of the biennial budget passed in 2016,” York said. “This week we are mostly organizing and getting used to the new faces and responsibilities that are associated with the Majority/Minority changes in the House.”

She did not say how she will vote on the abortion or right-to-work proposed legislation.