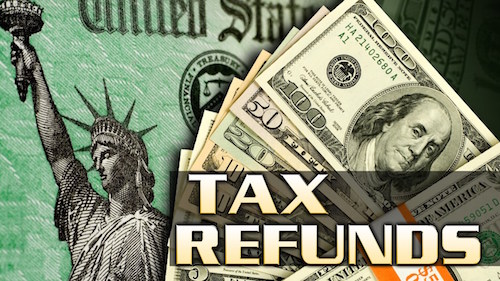 Taxpayers counting on their Earned Income or Additional Child Tax Credits shouldn’t expect to see their returns until Feb. 15 at the earliest, the Internal Revenue Service reports.

The change is the result of the Protecting Americans from Tax Hikes Act, which was enacted a year ago and is just now going into effect. The new law, according to the IRS, aims to help prevent refund fraud and errors by allowing more time to verify tax documents, but it also means a delay for some taxpayer refunds.

As a result, Cliff Long, with the accounting firm Carr, Riggs and Ingram, is recommending filing immediately.

“My advice is that they need to go ahead and get their returns prepared and filed as quickly as they can because those individuals are really dependent on those refunds,” he said.

Under the PATH Act, employers must file their copies of W-2 forms and certain 1099 forms by Jan. 31. Previously, they had until the end of February if filing on paper or the end of March for electronic filing to send their copies, according to the IRS. Now, with tax documents in sooner, the IRS will have more time to verify legitimate returns and get refunds to eligible taxpayers.

Although the delay could be inconvenient for some, it’s meant to curb refund fraud by denying scammers a chance to send in early returns.

“A lot of identity theft occurs during this part of time … because things aren’t in the system,” said Long.

Getting your return in as soon as possible, Long said, gives the IRS the documents it needs and denies scammers an opportunity.

Along with filing as normal, the IRS is also advising taxpayers not to count on getting any kind of refund by a certain date and to think about that when making big purchases or paying off debts.

“To get the earned income credit, they’re low income individuals so I would think that they need that income for everyday living expenses,” he said.

In the meantime, the best way to check your refund status starting on Feb. 15 is to use the Where’s My Refund tool on IRS.gov or the IRS2Go Mobile App.