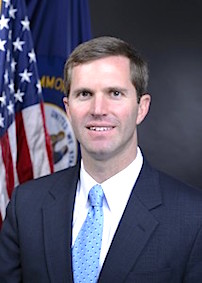 The lawsuit, filed in federal court last month, alleges widespread collusion among the pharmaceutical companies to reduce competition and increase the price of generic drugs.

The states allege the actions violate both state and federal antitrust laws, and are asking for a permanent injunction by the court preventing the companies from continuing “their illegal” conduct. The lawsuit asks the courts to demand the companies correct the anticompetitive effects caused by their conduct, and calls for repayment of the companies’ “ill-gotten gains,” along with civil penalties to the states.

“The alleged actions by these companies constitute a massive conspiracy that has caused significant, harmful and continuing effects not just in the country’s health care system but right here in Kentucky,” Beshear said. “At a time when access to affordable health care and low-cost medicine for our seniors and families could not be more critical, these companies have allegedly conspired to rip them off, charging far higher prices than Kentucky families should have to pay.”

Generic drug manufacturers operate through their respective senior leadership and marketing and sales executives in a manner that fosters and promotes routine and direct interaction among competitors. The states allege the group of pharmaceutical companies exploited these interactions.

In today’s lawsuit, the 20 states allege that the misconduct was conceived and carried out by senior drug company executives and their subordinate marketing and sales executives. The complaint further alleges that the defendants routinely coordinated their schemes through direct interaction with their competitors at industry trade shows, industry dinners, customer conferences, as well as through direct email, phone and text message communications.

The states allege that the drug companies knew that their conduct was illegal and made efforts to avoid communicating with each other in writing or, in some instances, to delete written communications after becoming aware of the investigation.

The attorneys general in Ohio and Virginia are among the 20 plaintiffs in the lawsuit.