Kentucky House to Convene for Historic 2017 Session at Noon EST 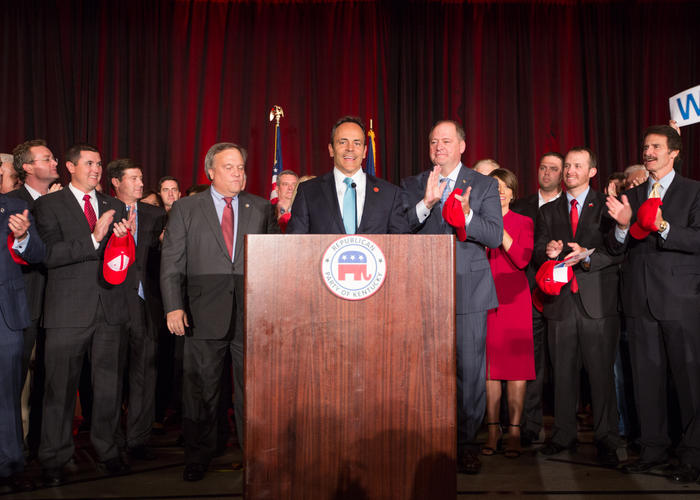 FRANKFORT, Ky. (January 3, 2017) – Today, the Kentucky House of Representatives will convene for the 2017 Regular Session at Noon EST in the House Chamber. House Republicans, led by Speaker-Elect Jeff Hoover, will assume control of the chamber for the first time in nearly 100 years.

WHO: Kentucky House of Representatives

Along with leadership posts, 23 new Republicans and five new Democrats were sworn in to represent their respective House Districts. The total composition of the Kentucky House now consists of 64 Republicans and 36 Democrats.

“Kentuckians chose a new direction for the House and today history has been made official,” said Speaker Jeff Hoover. “To mark the historical shift, many things will be different in the House under our leadership, including the overall tone of business. Today, for the first time in nearly 100 years, the will of every Kentuckian will come first, and the change will be felt all around the Commonwealth.”

Under new leadership, pro-business and pro-jobs bills will receive priority in the House for the first time in years, along with pro-life legislation. Additionally, many changes in House business, from chamber decorum to more efficient operation, will be seen under the historic shift of power.

“Hard-working Kentuckians will be considered in every decision this chamber makes,” added Speaker Hoover. “We will start on time, we will do the people’s work from day one, and we will respect the taxpayers at every turn. Our members are here to serve their constituents, and no matter political party, their opinions and ideas will be valued.”