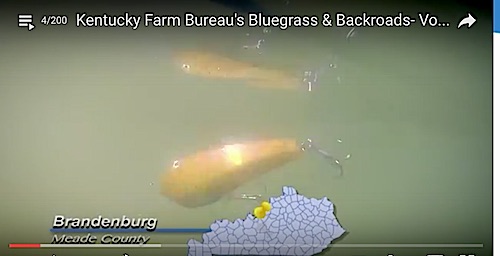 Meet Marine veteran Brian von Plueren, who motivated by his injuries, created a highly successful fishing lure that was different. It has a heartbeat. Find out about Von’s Old Ticker.

Kentucky is a state defined by its history and noted for a number of things, not the least of which is horse racing, bourbon, bluegrass music and barbecue.

But, as natives Bob Shrader and Matt Hilton remind us each week, there’s so much more to the Bluegrass State and its people, culture and rural charm. Shrader and Hilton combine their talents to produce the award-winning Bluegrass & Backroads, a 30-minute program aired regionally on the Kentucky Education Television networks and nationally via satellite on RFD-TV through Dish Network, DirecTV and several major cable outlets.

For more information about Bluegrass & Backroads, including a list of the stations on which the show airs and schedules, visit the show’s website.