I remember the commotion at our house one year when the radio was turned on and the adults gathered ‘round to bring in the New Year. I had been told by my cousins that I’d want to stay up late. Mom explained to me that on December 31st, the year would change from 1946 to 1947. To be frank I accepted that, but in no way did I really understand what she was saying. As part of the deal I made with mom to stay up I could listen and join in as everyone counted off the seconds for the grand celebration. I anticipated that all things would suddenly be new. They weren’t. Mom explained that the date had changed but nothing else except that I was allowed to stay up and join in the counting. I shrugged and went on to bed. Oh, boy. Big deal! A nice warm bed heavy with quilts and a lumpy mattress was a welcome sight. It would be several years before I understood the ‘hope’ of the new year to be better than the last. Frankly, I didn’t see a lot wrong with the past year. Oh the innocence of childhood! That would change as I grew older and developed my own worries.

It was an annual tradition to stay up on that December night, but I found it more fun if we played Monopoly, or something, to burn away the hours of boredom while we waited for that magic moment. Somewhere through the years the adults obtained enough funds to install a big box, small screen, television. Being a sophisticated guy of ten or so, I had seen several TV shows in my time, but this time it would be in our own living room. I saw the pictures of a great crowd of folks who were said to be in New York at a place called Times Square. I found out later that the place was part of a famous street called ‘Broadway.’ This was where legitimate theaters were scattered along, each with a big marquee announcing the title and stars of a featured play. This area was given the name Times Square when the newspaper, The New York Times, moved to this location. The big ball was installed and marked the beginning of each new year.

Teens are notorious for finding boredom, especially when repeat performances of events occur in their lives. They tend to want excitement and fresh, new experiences, that is until you try to stop a tradition. They are quick to point out if things aren’t the same. Because of my propensity to become bored I finally reached the place where I preferred to just go to bed. Lying there, I could hear the fireworks, legal or illegal, going off around town. I fully expected that Bernard Nelson or Jake Jordan was out chasing down potential criminal fireworks activities, but then again, maybe he was secretly helping them light the fuse. Fireworks, especially in that day were dangerous. 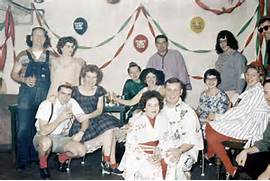 Parties were thrown by folks around town as society allowed. As a dry county I’m sure no one had any alcoholic drinks. After all, the very pillars of the community would gather at one home or another, or at a predetermined location such as one of the restaurants in town, or at the Compton building on the corner of Lock Avenue and Pike. It was there in that same second floor room that I was forced by mom to learn the first elements of tap dancing. In the end the instructor, and the shoe shop that put ‘taps’ on my shoes, made out with mom’s money and wasted some of my good playing time. I think I was the only boy in the room, so I felt very unhappy.

Years later, as a young teen, I was in Detroit over Christmas visiting my mother who had married a man from Fort Gay. They had moved to those cold, northern climes in Michigan. She and my step-father both worked at the same insurance firm, and they were obligated (or at least that was the story) to attend an office party on New Year’s Eve. I didn’t know it was customary for couples to kiss at the stroke of midnight to mark the occasion, but it became clear at once that the New Year had arrived. There were three very pretty, young girls (old to me) who were at least five or six years my senior that were there. One perky girl asked mom if it was okay if she gave me a kiss. My eyes broadened and I sank into an over-stuffed chair wondering if this ‘older woman’ really intended to follow-through. It was then that all three girls lined up in front of me showing big smiles. Gulp! My mom feeling on the spot had given in, justifying the idea with one little kiss won’t hurt him. The first young lady leaned over and kissed me right on the lips. Then the other two followed. Wow! I had seen this in the movies, but I had never had a kiss before. In retrospect, none were the passionate smooches I had seen on film, but they were rather a bit of a tease, or joke. It didn’t matter. A page in the book of my life was turned. I would later discover with a special someone back in eastern Kentucky that kissing is fun. Those kisses in Detroit were eye-opening for this very innocent fellow. Mom could see that I was blushing, so she made some excuses, said her goodbyes and rushed me out the door. On the way home I told her that that first girl was really pretty, and the others weren’t bad either. She in effect told me to ‘shut up.’ 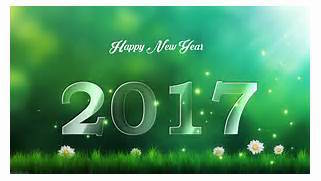 My fellow classmates can tell you that we’ve been around for a lot of New Year celebrations over the years. The funny thing is that I don’t remember anything special about any of them except the one that year in Detroit. Was it child molestation? Naw! Thinking back, it seemed innocent enough. But maybe it was the spark that started me on the road to thirteen grandchildren and one great grandson. Regardless of how it happened, I know that I am blessed, for I love each and every one of them. It’s impossible to know how many more might come along. Maybe not in this New Year, but who knows?

Well, my wish for you is that you have just the kind of a New Year’s Eve that you’d like, even if that means getting some early shuteye. Whatever you do I hope that it is followed by a very happy and blessed New Year.  mcoburncppo@aol.com