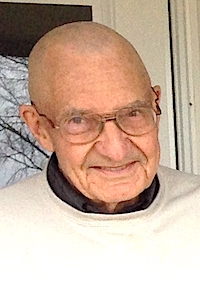 Mr. Michael was born April 19, 1929, in Kenova, WV to the late William “Bill” and Blanch (Frazier) Michael. Bob was also preceded in death by his wife Virginia I. (New) Michael and a brother, Joe Michael.

Bob was retired from the Norfolk and Western Railroad and received a United Nations and Korean Service Medal for his term in the U.S. Army.

Online condolences may be left for the family at www.youngfuneralhome.com