SHINN KICKS THE SHINS OF THOSE WEARING BADGES; ALSO BITES, TOO. APPARENTLY HAD TOO MUCH SPIRIT “EGGNOG” 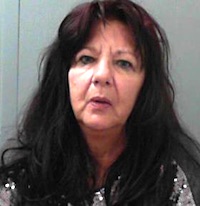 BARBOURSVILLE, W.VA. — A Louisa woman has been charged with DUI with property damage, obstruction, destruction of property, and two counts of battery on an officer in a nearby West Virginia city, after being arrested for DUI car crash on Christmas eve.

And to make matters worse for the woman, she took several chomps on them with her teeth. All of it happening as a result of the woman allegedly ingesting way too much “Christmas Eggnog”.

The holiday arrest of the middle aged woman from Louisa whose Christmas weekend went downhill when she began kicking the inside of a police cruiser, kicked and bit officers as they tried to restrain her in the vehicle, and then kicked and bit correction officers at Western Regional Jail after she was finally jailed.

On Christmas Eve, December 24, 2016, Barboursville, West Virginia city police officers responded to a single-vehicle collision around 6:35 p.m. Saturday evening, in the 5200 block of U.S. 60 in Barboursville, in Cabell County, and found the driver, listed in the arrest report as Toney Jackson Shinn, age 62, from Louisa, Kentucky, as being uninjured but intoxicated and unbalanced to the point that officers needed to pull her from the roadway to avoid being struck by oncoming traffic.

She refused initial field sobriety tests, and was placed under arrest to attempt secondary breathalyzer testing at the West Virginia State Police Barracks in Huntington.

After arriving at the state police barracks, the Barboursville police report states that Shinn became “highly uncooperative and combative toward officers,” refusing to leave the police cruiser. Toney Shinn then unfastened her seatbelt and began kicking the inside of the police cruiser. As officers maneuvered to secure Jackson a second time, police state she became more combative, kicking one officer in the arm and biting another in the abdomen. Once secured again, Toney Shinn was transported to Western Regional Jail in Barboursville in western Cabell County, West Virginia.

After her arrival at the jail, Toney Shinn then became combative toward prison staff and “successfully bit and kicked several of the Correction Officers,” the Barboursville police report states.

Toney Jackson Shinn was charged by Barbourville police with the criminal offenses of: DUI with property damage, obstruction, destruction of property, and two counts of battery on an officer, all misdemeanors.

Shinn remains incarcerated at Western Regional Jail in Barboursville as of Thursday night. 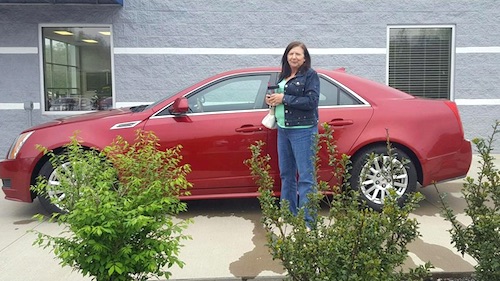