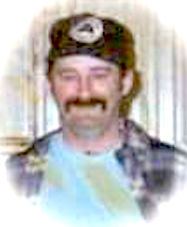 Tim was born July 21, 1965 in Louisa, the son of the late Jack Ivan and Levon Luster Goble. In addition to his parents he is preceded in death by two brothers Jimmy and Ivan.

Survivors include a daughter, Brianna Leigh Goble of Louisa; a son, Timothy Ray Goble of Paris, KY; two sisters, Debra Johnson of Inez, KY and Angela Thompson of Glenhayes, WV; a brother, Randy Goble of Inez, KY; several nieces and nephews; and a host of friends.

Funeral services will be held on Saturday Dec. 31st at 1:00 pm at Wilson Funeral Home with Bro. John Goble officiating. Burial will follow in the Goble Cemetery at Clifford, KY.