LC’s Dalton leading Nation in scoring at 37.7 per game

Louisa, Ky. —  It’s not everyday that someone from little ole Louisa is mentioned with the elite around the United States of America. But in 2016 that has all changed as Lawrence Co. Senior Timmy Dalton is not only leading the state of Kentucky in scoring he is leading the nation at 37.7 points per game. 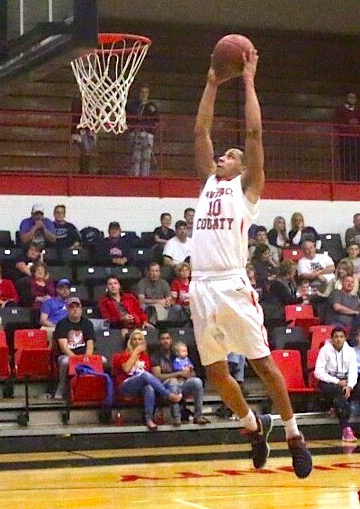 Dalton is also averaging 10.2 rebounds and 5.0 assist per game while bringing along the young Bulldogs slowly but surely. Dalton is on pace to surpass the 3,000 point mark for a career.

The stats come from Max Preps

The Bulldogs will return to action after the new year on Tuesday January 3rd at home vs Raceland.

“… Pretty impressive what Tim Dalton is doing right now, we talked in the preseason what he was capable of and this is the first time he has been fatally committed to basketball, being in the gym getting tons and tons of shots up everyday. We knew how good he has been and kinda saw something like this coming but as a coaching staff really didn’t see this much.  He has been committed to the weight room, and has really worked hard at all facets of his game and it is showing night in and night out.” The young kids around him have played well also and that is impressive to watch and help us get the early wins. We have the kids a full week off and when they get back to practice today they should be ready to get back to it and get ready for the stretch run. I look for Dalton to continue his hot play and for his numbers to continue to rise and lead us into the postseason.”

“… It’s a great accomplishment so far and what that shows is all of the hard work that me and coach York has put in over the off season in the gym and on to the regular season as well.” Feels really good to get the publicity for me and the team.” My team has put me in spots to score the basketball and help out the team to win games.”

…I really struggled at Rupp Arena from the foul line and let my team down and really weighed on my over the summer and really put in a lot of work at the line and it is showing. This year I knew I was going to have to score but I also enjoy getting my teammates involved and love seeing them smile after they score.” I knew teams would really focus on me and Coach York and Coach Scaggs double teamed me over the summer in scrimmages and really helped me a lot. They still send three or four people at me so I have to find the open man and make sure my teammates cut to the basket and not stand around. When we get into bigger games later on in the season they will have to take the big shots to help us win.” I’m happy we’re we are right now a lot of the Region is sleeping on us and can’t wait to show them what the Dawgs have. Huge win on the road over Pike Central and we still have Belfry a couple times and PC here at home in District play.” Can’t wait to get the second half of our season going.”

Bill Straub: Voters in Eastern Kentucky took a gamble on Trump — and may end up paying a steep price