Bill Straub: Voters in Eastern Kentucky took a gamble on Trump — and may end up paying a steep price

WASHINGTON – It’s beginning to appear that many of the folks residing within the always-stunning hills and hollows of Eastern Kentucky who voted to make Donald J. Trump the next president of these United States are beginning to feel like a crappie at the end of a hook – that worm sure looked tasty at the time, but the consequences sure proved to be hell.

And with good reason.

Eastern Kentucky fell for the New York City con man in a big way, just like the region’s turn of the 20th Century landowners relented to the slickers coming down from the big city to lease the mineral rights to their coal rich property. In Pike County, for instance, the president-elect grabbed an incredible 81 percent of the vote – outdistancing Democrat Hillary Clinton by more than 15,000 votes cast.

Many supported Trump in this once reliably Democratic bastion because, to put it indelicately, they got suckered into his Houdini act – promising to return vanishing coal jobs to a troubled region with a shouted Voila! And a Presto Change-o! Those hopes already have been essentially doused by one of the grand hustler’s enablers, Senate Republican Leader Mitch McConnell, of Louisville, who now admits coal mining is a “private sector activity’’ that may or may not respond to federal government enticements.

So the region will have to find a way to replace those lost and gone forever coal jobs, probably with little if any help from Washington DC. And now, to place the rancid cherry on top of the melted sundae, the soon-to-be Trump administration is rubbing its small-fingered hands in anticipation of depriving Eastern Kentucky residents – and the rest of the nation, for that matter – access to health care.

There’s little doubt that the House and Senate, soon after Trump takes the oath of office on Jan. 20, will move to repeal the Affordable Care Act, aka Obamacare, bag and baggage. The move, being undertaken with great delight by the soon-to-be Shyster-in-Chief and his Republican cohorts who can’t stand the fact that President Obama achieved something that improves the lives of millions of Americans, are expected to offer nada, immediately, anyway, to take its place.

The Obamacare repeal will create a hardship from sea to shining sea but it will prove particularly acute in poor areas like Eastern Kentucky, where proper medical care has always been more of a dream than a reality. Data from the Department of Health & Human Services shows that the uninsured rate in the commonwealth has fallen by 61 percent since the law was enacted in 2010, translating into 404,000 Kentuckians gaining coverage. Those gains will be jeopardized by repeal.

Obamacare expanded Medicaid, the federal government health care plan for the underprivileged in 32 states and the District of Columbia, including Kentucky. The expansion added an estimated 151,000 to the rolls, bringing the total number of individuals covered by the program in the state to 1,220,788.

Not all of those gains occurred in Eastern Kentucky, of course, but a substantial number in the traditionally underserved area have benefitted.

Trump hasn’t proved shy about his opposition to the ACA, repeatedly asserting that his position is to “completely repeal Obamacare’’ and replace it with a program yet to be determined. He has called it “horrible’’ and insisted that it is “just blowing up.’’

And as they say on those TV ads you see in the midst of reruns of “Mr. T and Tina’’ at three o’clock in the morning, “But wait! There’s more!’’

The late and legendary Sen. Robert Byrd, D-WV – yes, a Democrat – managed to slip a provision into the Affordable Care Act that made it easier for coal miners to qualify for black lung benefits.

Prior to Obamacare, miners were required to prove not only that they were disabled because of breathing problems and that they had pneumoconiosis, a restrictive lung disease caused by the inhalation of coal dust, but that their disability was caused by their years working the mines. Many obviously sick miners were repeatedly denied benefits, adding to the region’s health troubles.

The Byrd provision shifted the burden of proof from the miners to the mining companies. If a miner has spent 15 years or more underground and can prove respiratory disability, then it is presumed under Obamacare to be black lung related to mine work, unless the company can prove otherwise.

In addition, the measure makes it easier for the widow or widower of a miner to continue receiving at least a portion of his or her benefits following his or her demise.

Confidence that those (coal) jobs would somehow reappear under a Trump presidency is the very definition of false hope. Meanwhile, as a result of the election, the ailing could certainly lose their health care coverage.

That provision, which helps untold thousands of Eastern Kentucky miners, would follow Obamacare down the rabbit hole if the entire measure is repealed as expected.

All this comes on top of the failure of the Republican-controlled House and Senate to adequately address pension and health care issues related to United Mine Workers of America retirees, who face the prospect of losing those benefits because of downturns and bankruptcies within the industry.

The Senate reluctantly added a provision to the 2017 budget bill bolstering the health care program for another four months but the future of the assistance remains up in the air.

By the way, it’s Sen. Joe Manchin, D-WV – yes a Democrat – leading the charge to protect those benefits. McConnell is obviously hesitant – perhaps because of past opposition from the UMWA. Trump has yet to weigh in.

Regardless, the voters of Eastern Kentucky made a bet and it appears they’re on the verge of rolling craps. They apparently decided to believe the soon to be Shyster-in-Chief when he proclaimed the coal jobs would return under his leadership, even though factors that led to the desertion – low-cost natural gas, environmental concerns, played out seams that make recovery difficult and costly – will continue regardless of who settles into 1600 Pennsylvania Ave.

Coal jobs declined by a whopping 21.6 percent in Eastern Kentucky during the first six months of 2016 and continued to drop – but at a lesser rate – thereafter. As of July 1, fewer than 4,000 people were working the region’s mines. That compares to the second quarter of 2011 when coal employment in Eastern Kentucky averaged 13,695.

Confidence that those jobs would somehow reappear under a Trump presidency is the very definition of false hope. Meanwhile, as a result of the election, the ailing could certainly lose their health care coverage.

Not a beneficial trade-off.

Peter Thiel, who supported the con man’s candidacy and, like Trump, is a billionaire entrepreneur, perhaps summed it up best during a recent speech delivered at the National Press Club.

“I think a lot of the voters who vote for Trump take Trump seriously but not literally,’’ he said.

Apparently voters in Eastern Kentucky took Trump literally when he vowed to bring the jobs back, but not seriously when he promised to kill health care. 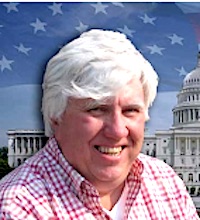 Washington correspondent Bill Straub served 11 years as the Frankfort Bureau chief for The Kentucky Post. He also is the former White House/political correspondent for Scripps Howard News Service. A member of the Kentucky Journalism Hall of Fame, he currently resides in Silver Spring, Maryland, and writes frequently about the federal government and politics. Email him at williamgstraub@gmail.com.