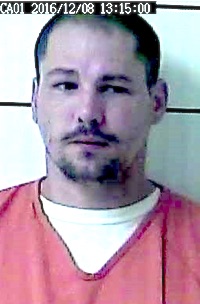 Troopers responded to the residence after Lawrence County 911 received a report of a shooting between a father (Chester Robinson) and son (Ronald Robinson).  Post 14 Troopers arrived at the Robinson residence and located Ronald Robinson, age 40, of Louisa, injured with several gunshot wounds.  Ronald Robinson was initially transported to Cabell Huntington Hospital for treatment, but later succumbed to his injuries and was pronounced deceased.  An autopsy is scheduled for Wednesday December 28, 2016 at the State Medical Examiner’s Office.

At this time no criminal charges have been issued and the investigation is ongoing.