ONE CRITICALLY INJURED AFTER DOMESTIC-RELATED SHOOTING 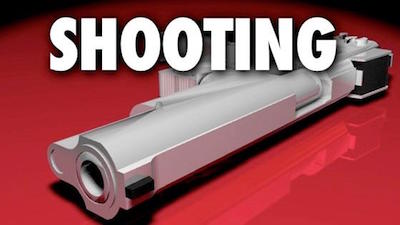 NO ARRESTS FOR NOW AS STATE POLICE INVESTIGATION IS CONTINUING

A shooting took place Tuesday evening December 27, not far from the Yatesville Dam & Marina, that left one person critically injured, and in a somewhat surprise move, no one has been arrested as yet, and no charges have been filed for now.

According to the Kentucky State Police, just shortly after 7 P.M. Tuesday evening, one individual was shot by another person at a home on Aspen Drive, which is on Route 1185, off Route 3, about three quarters of mile from the Yatesville Marina boat dock.

“…New details have been released on the shooting on 1185 in Lawrence Co. last night.

The domestic call came in at around 7 P.M. last night from a home right off of the Yatesville Lake Rd. called Aspen Drive. Neigbors say they heard two shots at the home, believed to be the residence Harold Robinson. One man remains in the hospital after a domestic related shooting. The shooter and  the victim are related, thought to be father and son. The victim was flown out  to a hospital in Huntington WVA. The investigation is still in its early stages as the victim is being monitored by troopers and they are still speaking with witnesses inside the home. Noone has been arrested at this time. All evidence will be presented to the county prosecutor’s to determine if charges will be filed.”

According to state police officers who responded to the scene, the shooting took place after a domestic-related situation, and that both the shooter and the victim are related.

The shooting victim was flown to Cabell-Huntington hospital, in Huntington, West Virginia, after Netcare Ambulance Lawrence County transported the wounded subject to a landing zone that was set up by the Fallsburg Fire Department at the parking lot of the Yatesville Marina, where the patient was flown out by an air ambulance helicopter of Healthnet Aeromedical Services Base 1 out of Morgantown, West Virginia.

State police officers are at Cabell-Huntington hospital and they are monitoring that person’s condition.

Troopers are speaking with witnesses who were in the home, and that the shooter has not been taken into custody at this time.

The Kentucky State Police declared the scene as all cleared at shortly after 10 P.M.

The KSP stated that the investigation was still underway, and once it is completed, all evidence in the case will be presented to the Lawrence County prosecutor to determine if any charges will be filed. Troopers also say they will talk with the victim if that person’s condition improves, for as Wednesday morning, the victim is in critical condition.

Complicating the emergency response to the shooting incident, was at around the same time, a major automobile occurred at the intersection of KY 3 and KY 32 in Louisa, which is at the traffic lights, very close to the old Long John Silvers building, which is now the Star & Stripes restaurant.

In that accident, a white Mustang collided with a an older model silver jeep. Four teenaged minors suffered minor to moderate injuries, and were transported to Three Rivers Medical Center by Netcare Ambulance Lawrence County, as well the Louisa Fire Department responded to the accident scene. That wreck plus the shooting at the same time reportedly pushed Netcare Ambulance to the very edge of being able to give a service capacity response.

It is also likely the reason the shooting victim was taken to the Yatesville Marina parking lot to be directly flown out instead of being taken to Three Rivers, where there is a helicopter landing zone strip.