Fort Gay Middle off to an exciting start to the season

Fort Gay, W. Va. — The Fort Gay Vikings girls and boys have both won two in a row heading into the new year. Boys Coach Kevin Salmons and Girls Coach Rowan Watts are both excited to see how the season unfolds when both teams head county play with the likes of Crum, Vinson, C-K, Buffalo and Wayne. 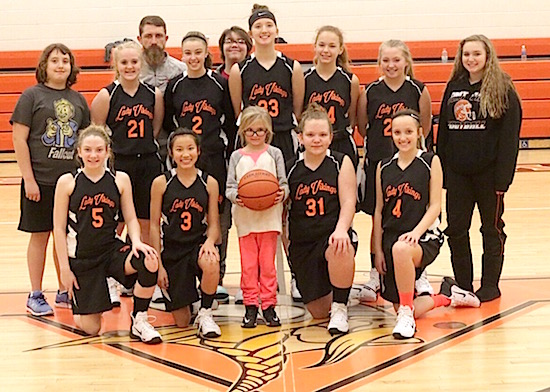 The Lady Vikings have won two home games in a two after not winning a home game since moving into the new school a few years ago.

The Lady Vikings won for the first time ever in the new gym beating the Lady Wildcats. Kylea Pollinger had 14 to pace the scoring for the Lady Vikings, Julie Boone tallied 11 points, Hayley Collie had 9 points, Sara Doss had 5 points, Elizabeth Johnson chipped in with 2 points and numerous steals on defense. 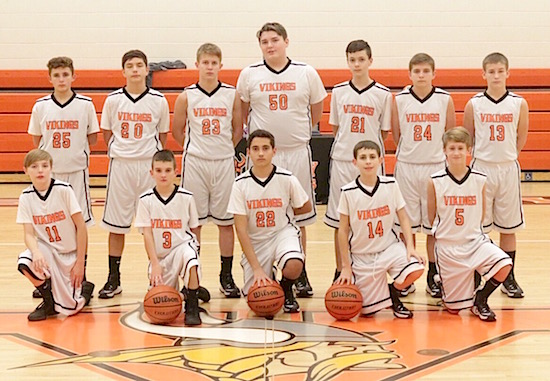 The Vikings came away with a hard fought home victory last week over Fatima out of Huntington. Dylan Dawson was the leading scorer for the Vikings who had 7 players hit the scoring column, Tyler Salmons tallied 8 points, Chris Perry had 5 points, Dustin Bailey and Tanner Copley had 4 each, Chevy Watts hit a 3 pointer, Joey Doss chipped in with 2 points.

The Lady Vikings won for the second time in a row at home this time in convincing fashion. Kylea Pollinger had 14 points, Julie Boone racked up 12 points, Sara Doss chipped in with 3 points, Hayley Collie and Briana Estepp had 2 points each.