Unemployment rates down in 119 Kentucky counties in November 2016

FRANKFORT, Ky. (Dec. 21, 2016) – Unemployment rates fell in 119 Kentucky counties between November 2015 and November 2016, and stayed the same in Carlisle County, according to the Kentucky Office of Employment and Training, an agency of the Kentucky. 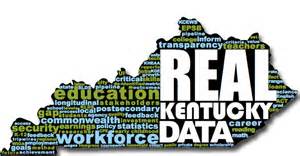 In addition, for the first time since December 2007, only one county, Magoffin (12.2 percent), had a double-digit unemployment rate in November 2016.

Woodford County recorded the lowest jobless rate in the Commonwealth at 2.6 percent. It was followed by Oldham County, 2.7 percent; Fayette and Shelby counties, 2.8 percent each; Scott and Warren counties, 3 percent; and Anderson, Boone, Jessamine, Spencer and Washington counties, 3.1 percent each.

In contrast to the monthly national and state data, unemployment statistics for counties are not seasonally adjusted. The comparable, unadjusted unemployment rate for the state was 4 percent for November 2016, and 4.4 percent for the nation.

Unemployment statistics are based on estimates and are compiled to measure trends rather than actually to count people working. Civilian labor force statistics include non-military workers and unemployed Kentuckians who are actively seeking work. They do not include unemployed Kentuckians who have not looked for employment within the past four weeks. The statistics in this news release are not seasonally adjusted because of the small sample size for each county. The data should only be compared to the same month in previous years.